Well, it’s going to be true, the rumours about the launch of a golden iPhone X are insistent since the beginning of March, and now they are confirmed. At least that’s what reveals several images that testify to the passage of a golden iPhone X by the FCC certification.

As we told you, at the beginning of March we knew several renderings that were recreated in the possibility of a golden iPhone X, in fact, the images were a consequence of insistent rumours.

The golden iPhone X, certified by the FCC

Well, today several images have been leaked, showing the passage of a golden iPhone X by the FCC, the certification that is the preface to the commercialization of any device of this type in the United States. The images can be found in the certification database itself, so everything points to this new variant of the iPhone X is very real and would be close to being launched. As you can see, in this new version, the same colour pattern is followed by other models of the iPhone X. 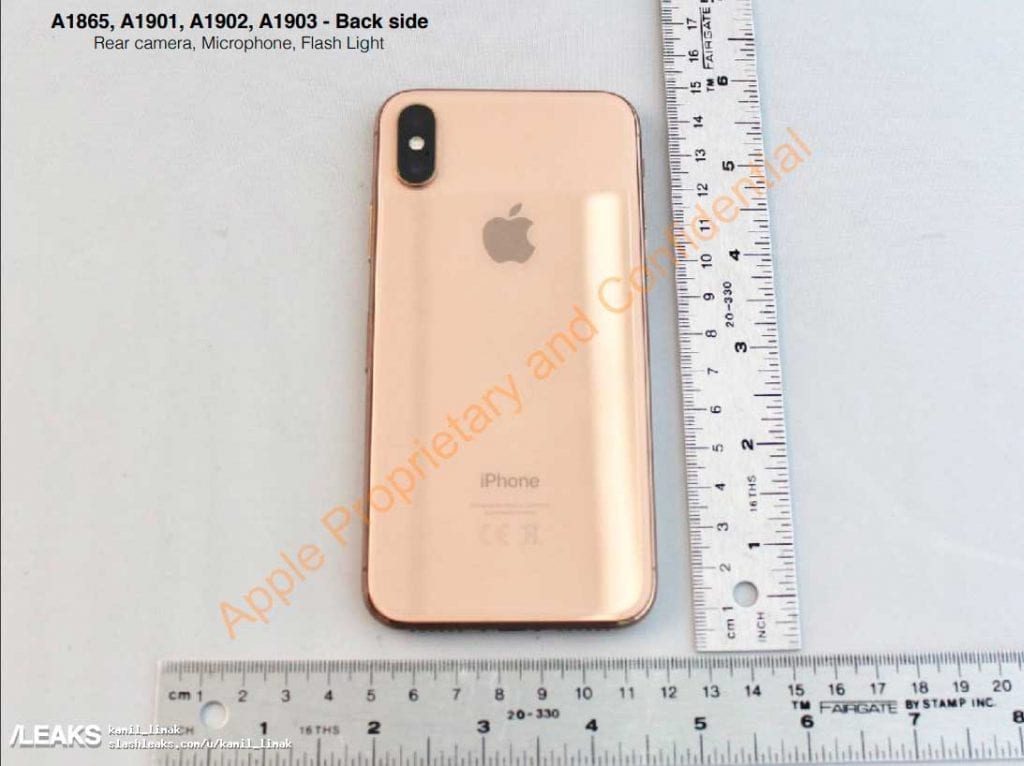 We have the whole back gold, while the entire front and half of the phone frame is completely black. So with these images, unless it is a fake of enormous dimensions, this is confirmation of the existence of an iPhone X gold.

Precisely this week we knew the iPhone 8 and 8 Plus Product RED, and there was some disappointment because these red editions had not affected the iPhone X, which instead received a poor casing of this colour for the occasion.

This new colour could hide a new edition, or who knows, a new attempt by the tech giant Apple to lead the Chinese market, where the golden colour is a symbol in Asian terminals, so it could be a true nod of the Cupertino to this aspect. In any case, all these are only speculations, and the only certain thing is that today we only have the confirmation that this model exists and is already in a position to be marketed, which is enough. Now, when that occurs and the reason that has led Apple to it, it is completely an unknown fact, which we hope to resolve soon, as for example, in this year’s WWDC held in June.