We all know very well that the Samsung Galaxy S9 was unveiled this past weekend and debuts the South Korean giant Samsung’s new high-end mobile handset with the latest flagship SoC Exynos 9810. However, now according to the latest reports, the tech giant Apple’s iPhone X outclassed the South Korean giant Samsung’s Galaxy S9 in the performance test.

The Samsung Galaxy S9 was unveiled this past weekend and debuts the South Korean giant Samsung’s new high-end mobile handset with the latest flagship SoC Exynos 9810.

As it is typical, the first tests of benchmark of the new processor of Samsung already have begun to realize and induce that it can have a power of inferior processing than the one of the competitions, notably the A10 and A11 SoC of the tech giant Apple.

One of the standards for evaluating an equipment’s performance and processing capability is benchmark testing. Although they do not allow factual conclusions, they already guarantee an advanced idea of the capacities of the equipment or processor in question.

The site AnandTech made some of these tests the Samsung Galaxy S9 and its brand new Exynos 9810 SoC, putting it in direct competition with the duel, including the A10 and A11 Apple and Qualcomm Snapdragon 845 that will soon be on the market.

One of the best-known benchmark tests is Geekbench, which tests and evaluates the single-core and multi-core processing of devices. 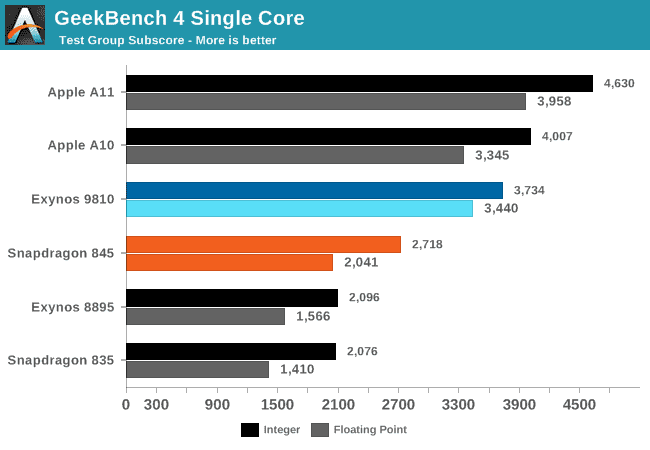 As we can see in the chart above, the test performed on the Samsung Galaxy S9 states that the South Korean giant Samsung’s top-of-the-range and new processor are below the tech giant Apple’s competition, with A10 and A11 processors achieving better results in this test.

The PCMark tests are most commonly used to measure the autonomy of the equipment in an intensive use, but also to perform performance tests. 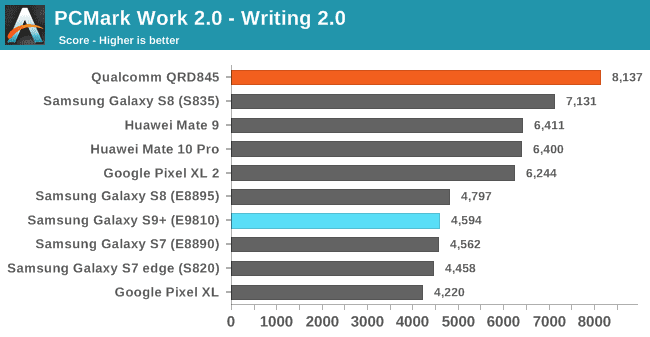 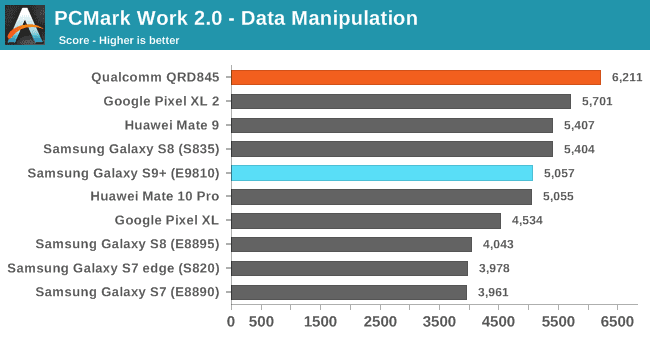 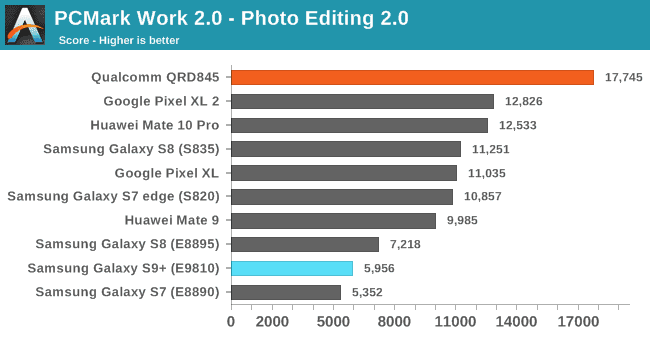 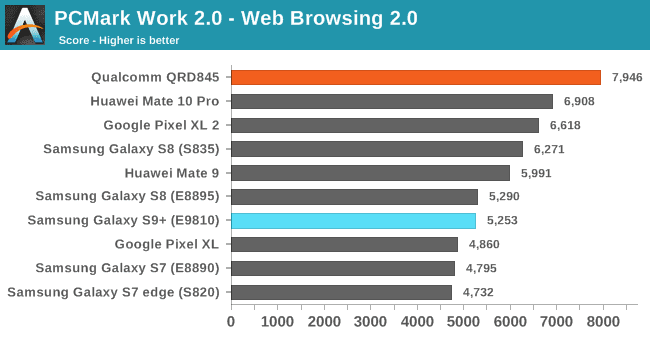 In the tests carried out in PCMark, the results were quite different. While the iPhone does not enter this test, Qualcomm Snapdragon was able to outperform itself with the Samsung Exynos 9810, with victorious results in all tests: browser navigation, writing speed test, photo editing and data manipulation.

Another software widely used for benchmark testing is AnTuTu. As for this, not many tests have been carried out on the Samsung Galaxy S9 but the primary results show that this will be above the competition.

Although in the Geekbench the Samsung Galaxy S9 does not surpass some of the rivals, in AnTuTu can do it with distinction obtaining 241470, a value superior to the iPhone X, the most powerful so far.

Nevertheless, these benchmark results do not allow us to conclude on the basis of which is the best performing smartphone today. There are other factors and variables that are not evaluated in these tests and that have an influence on the overall user experience.

In addition, and given the short notice of the Samsung Galaxy S9, such tests may still produce different results in the near future when the device is released. At that time we will have more concise results.