Do you find it expensive to buy a cover for 60 dollars for your iPhone X? Recently, the well known Russian luxury accessories maker, of course, I am talking about the Caviar who has just unveiled iPhone X Tesla which costs almost $4,500.

Do you find it expensive to buy a cover for 60 dollars for your iPhone X? Recently the Russian luxury accessories maker Caviar unveiled its new cover for the iPhone X which costs almost $4,500! In addition to the luxurious building materials, this cover has the particularity of allowing the device to charge through solar energy.

Despite the price, the first iPhone X Tesla cover already has an owner! According to the heads of the company Caviar, Elon Musk will be the first to have this cover up because he was the mentor of the idea.

The cover is produced in carbon and has gold finishes of 24K. In addition, it also includes a solar charging system and the iPhone X itself (which is “offered” in the purchase of the cover).

For the power storage system to work, simply place your smartphone with the screen facing down. This energy is stored in a second battery but will probably not offer much autonomy. 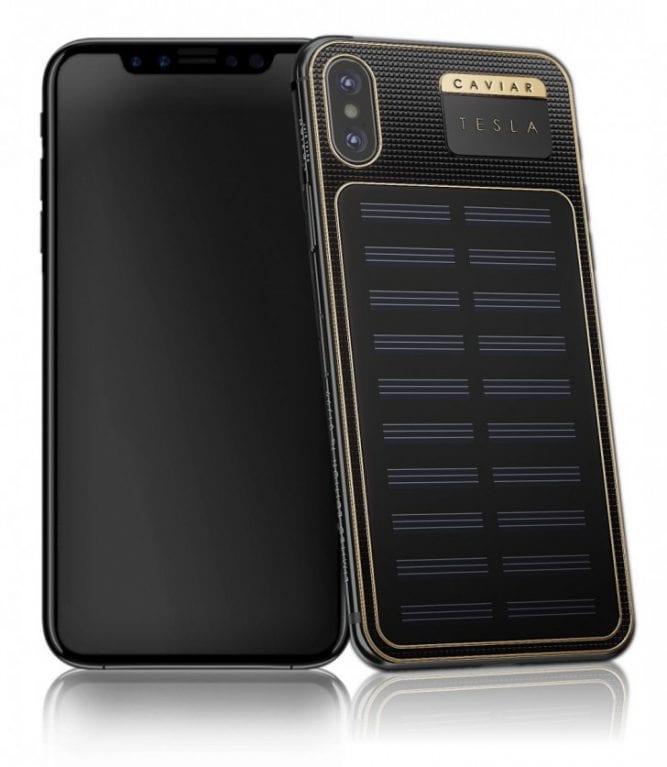 Much has been said about iPhone X sales since the tech giant Apple launched this flagship. Some argued that this iPhone model would be a disappointment but the truth is that iPhone X sales surprised.

The iPhone X was the worldwide sales champion in February. According to the Counterpoint study, iPhone X managed to beat iPhone 8, iPhone 7, iPhone 8 Plus and even the popular Samsung Galaxy S8.