Currently, we all know very well that the iPhone XS and the iPhone XS Max are on the market, it’s time to start making normal comparisons with its competitors. The targets are perfectly identified and the tech giant Apple’s device prepared to show their full capabilities.

The first comparison has now appeared, associated with processing speed and the results are quite clear. The tech giant Apple’s all-new iPhone XS Max won the first clash with the Samsung Galaxy Note 9 and by a very wide margin.

After seeing the results of the first benchmark tests, where the tech giant Apple’s device proved to be powerful, it is also important to show their capabilities in day-to-day situations, similar to what users will encounter.

With very different specifications, these two top-notch or flagship smartphones are at the top of the chain and are the ultimate exponent of what technology can offer. Similar results were expected, something that did not happen. 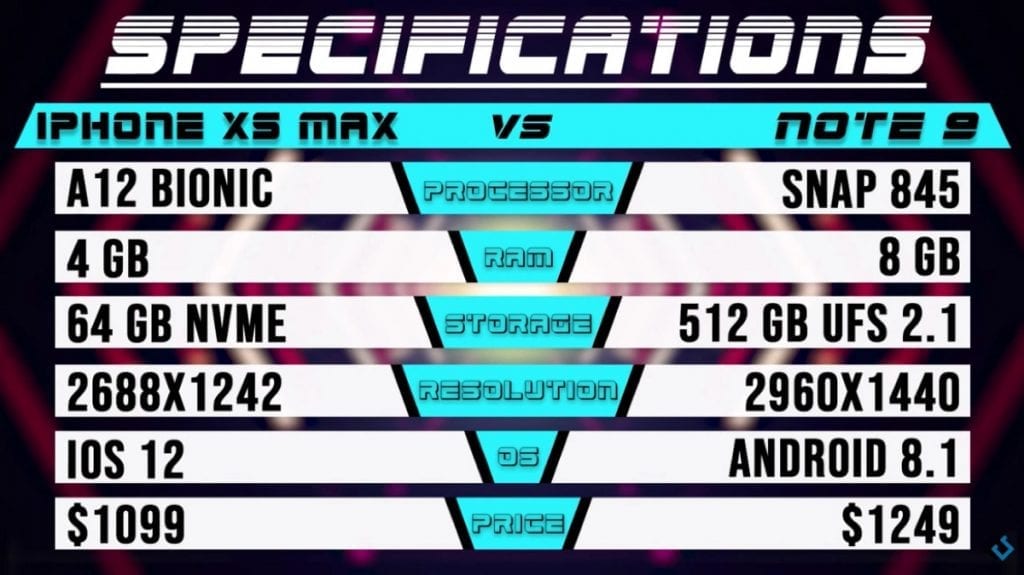 The test was focused on the speed with which these devices can open applications, in a first phase without them being in memory and then with the same ones already open and in the background. The entire process is automated so that it is possible to exclude human intervention and ensure complete exemption in this process.

The results are visible in the video below and show the total power of the all-new iPhone XS Max, not only when opening the applications, but also accessing them after they are opened. The iPhone XS Max took 2 minutes and 33 seconds to complete the test, while the flagship smartphone of the well-known South Korean giant Samsung’s Galaxy Note 9 took 2 minutes and 47 seconds.

It’s clear that in the second half of the test, where applications are already in memory, the flagship smartphone of the well-known South Korean giant Samsung’s Galaxy Note 9 has regained ground thanks to its memory volume, but unfortunately, it was not enough to catch the iPhone XS Max.

Apparently, the South Korean giant Samsung has some work ahead if they want the upcoming Galaxy S10 to overcome the new iPhones. It also shows that the tech giant Apple did a great job on the new iPhones, especially on the iPhone XS Max, the smartphone that is most expected to be sold. So, what do you think about this speed test? Simply share all your views and thoughts in the comment section below.