Windows Insider program by the Microsoft is the great initiative program released for the users of Window devices whole around to give them the flexible option to join the development process and let’s have a look on guide to join it.

[dropcap]T[/dropcap]he users who accede to the Insider program gets the pre-build non-released software updates for their devices through which they could either enjoy to access those new features and help the developers make the software more stable by providing them the different user surveys. The program could be used in various modes to get the pre-release updates quickly or slow updates that are more stable releases. These different ways include the Slow ring and the Fast Ring Insider; both have different effects on the device. This article has been written for the purpose of explaining you the advanced Windows Insider Fast Ring, the way to join it up and the reasons for joining it up. As the Windows Insider is simply an excellent way to unfold the updates far before the release date on your device so it is must know more about, it and the ways to join it up[. Simply read up the article and hence gain the illustrative knowledge about the Windows 10 Insider Fast Ring!

How & Why to Join Windows 10 Insider Fast Ring

The method is quite simple and easy and you just need to follow a simple step by step guide discussed below to proceed. To join the Windows 10 Insider Fast Ring follow those below steps:

Also Read: How to Secure Remote Desktop with Remote Credential Guard in Windows 10

2. In the Settings App that launches up look for the another option named Update & Security which would be placed in the last of the full options, click on it.

3. You could now see the option calling Get Insider Preview Builds. To start up with the Insider program follow to click on the Get Started button below this option and then click on the Link a Microsoft account further. Accept all those prompts that would arise while the step adds your device would also reboot once after the procedure!

4. Now after the above step returns to the Windows Insider Program option and look for the Choose your Insider level option.

There you would see up some different options to get up the updates from the developers like the Slow Ring or the Fast Ring. The Fast Ring connects you to the insider program by which the most rapid updates are pre-released and installed on your device while the Slow ring gets the more stable versions of updates at, the slower rate. Select up the Fast Ring option, and your selection would be saved after that.

5. Go to the Windows Update option placed on the left side pane and then from there check for the updates to force the operating system to search for new builds or updates. If there would be any updates or makes available, then you could check it and hence install it anytime on your device!

And this was all about the Windows 10 Insider Fast Ring program and the whole method of applying for it and the reasons to go for it indeed. The Windows 10 Insider Fast Ring is the great way to get the pre-release updates from the developers and hence we would suggest to go for it openly, but before that we also prefer you to have some real knowledge about its usage. Hope you would like up the method, we would like to get your indulgence about the method in the comments! 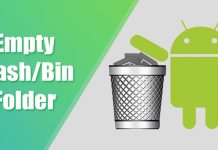 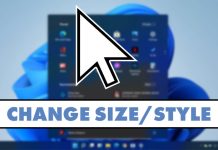 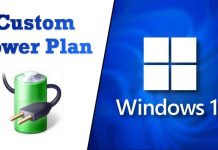 How to Create Custom Power Plan in Windows 11