Although we have been watching cell phones with the wireless charging system for several years now, it seems that this technology has begun to spread. However, now according to the latest reports, recently, a team of researchers at the University of Washington has discovered a laser through which you can charge your phone wirelessly from across the room.

This Laser Wirelessly Charges Phones From Across The Room

Although we have been watching cell phones with the wireless charging system for several years now, it seems that this technology has begun to spread. However, the standards currently used have serious limitations.

It is necessary that the device is resting on a ‘base’, and of course (almost) any object between the base and the device causes the load to stop working. But it is something that they have already solved at the University of Washington, and thanks to the laser.

A team of researchers from this university used a laser for wireless charging, placing a special receiver device in a smartphone, and got 2W of power at a distance of 4.3 meters. That is, exactly the same charging speed as a standard smartphone charger, by cable, but at an important distance.

In this project, they have developed a special laser emitter, which is able to detect when the device is ready for charging, and that allows the location of the equipment automatically and intelligently. 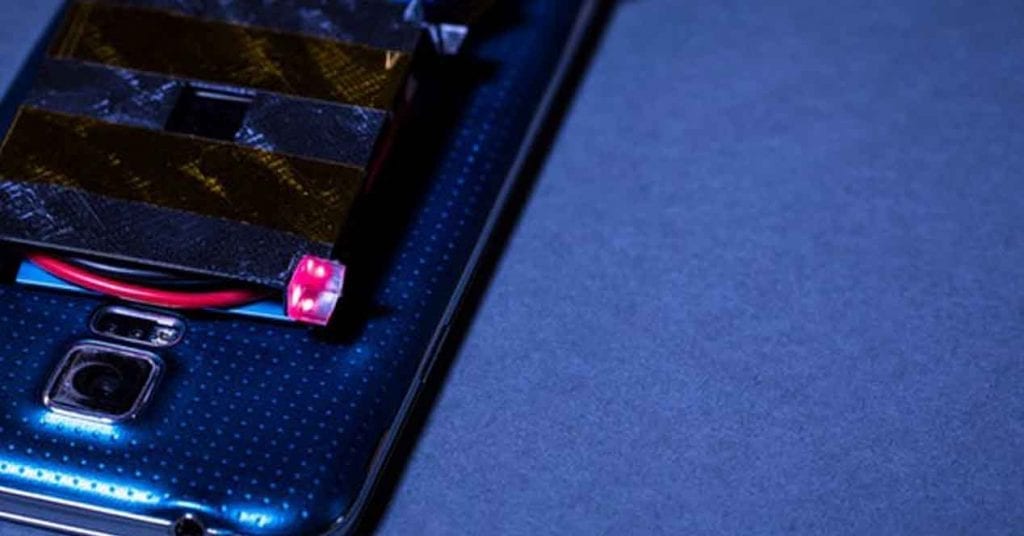 The laser could be the key for future wireless chargers

On the other hand, it is a safe technology insofar as it can detect, for example, that there is a person in front of the beam of light. Automatically, and before it comes into contact with the person, the issuer get blocked for security reasons in a fraction of a second. As discussed, the evolution of this technology could lead to wireless chargers – based on lasers – that can load devices in 100 cm squares up to a maximum of 12 meters away.

However, it is only a research project – for the time being – and no intention has been disclosed of taking it to the commercial sphere. What is clear is that this type of wireless charging technologies are advancing more and more, and with wider possibilities than the current wireless charging standards. The problem of having to position the phone on a base, or of obstacles preventing the charging without wires, are trying to solve with projects like this.