The high price on smartphones seems to want to show that brands are creating a premium level in the offering. Hence, recently, the South Korean giant Samsung just launched an extraordinary and awesome new limited edition of the Samsung Galaxy Note 8.

Earlier we reported that how the South Korean giant Samsung and the tech giant Microsoft have joined forces again and now thinking about how to develop a new version of one of the most anticipated smartphones of the Korean company for this year 2017 and now we can see the result.

And not only that even we also reported that how the South Korean giant Samsung has surprised 200 passengers of the Iberia IB514 flight from A Coruna to Madrid with the gift to each of them of the Galaxy Note 8, its mobile star, valued at $1190. With this initiative, the Korean brand takes another step to wash away the bad corporate image of its previous model Galaxy Note 7, which had to be withdrawn from the market and was strictly prohibited on board in flights for the danger of internal combustion.

However, a year later, the airline of IAG has signed a campaign with the South Korean giant Samsung to sell the goodness of Galaxy Note 8, whose sales have surpassed the most optimistic forecasts, according to the Korean brand

The high price on smartphones seems to want to show that brands are creating a premium level in the offering. The iPhone X is not cheap but either Samsung or Google, as well as several other brands, have launched devices at this level of values.

If the price of Note 8 “normal” which is already high, let’s see the special edition of Galaxy Note 8 that was released in South Korea for almost $2,000.

The South Korean giant Samsung is known for launching special editions of its various devices. To live up to its fame, the company has now released a new version of Galaxy Note 8 for the South Korean market. This is the edition Galaxy Note 8 X 99 Avant is a partnership with Avant 99.

But what makes this device so special?

What makes it so special is that Avant 99 is an artist who provides only 99 units of every edition he creates. The device itself does not come with any special design on the wrapping, but an accompanying cover is handmade was included in the box.

This special editing device also features some special wallpapers based on 99 Avant artwork as well as specific icons that were created for this special Galaxy Note 8 edition. When it comes to specs, it does not look like anything has been changed except for the fact that this version comes with 256GB of storage. 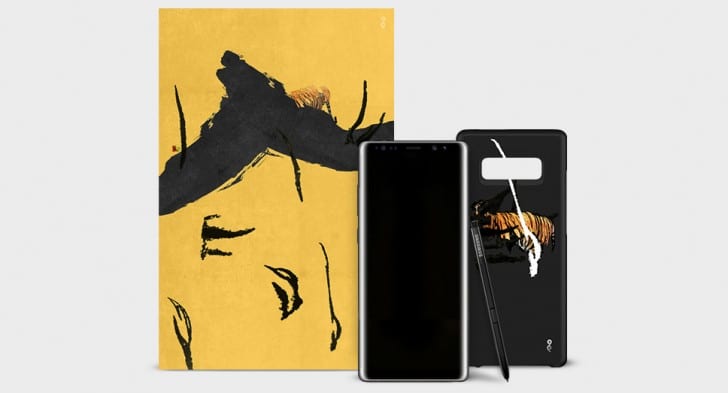 Of course here the price is also a “work of art” and so it will not be an equipment to launch into other markets. The device has a price of 1,991,000 won, which turns to about 1828 dollars, or around twice the regular market price of the Galaxy Note 8.

However, this type of products has its market, there are those who buy and who like to have something different. Surely the question we leave is whether this kind of offer makes sense. Simply, leave your opinion, views and thoughts in the comment section below.