Would You Love To Watch Movies On Facebook? Yes, They Are Coming

A new feature seems to be spreading to the social network giant Facebook users in the United States.

In this section, you can find information related to different titles, customized according to the user’s location. For example, they will be able to see the films that are on the billboard near its location, available schedules, among other details. 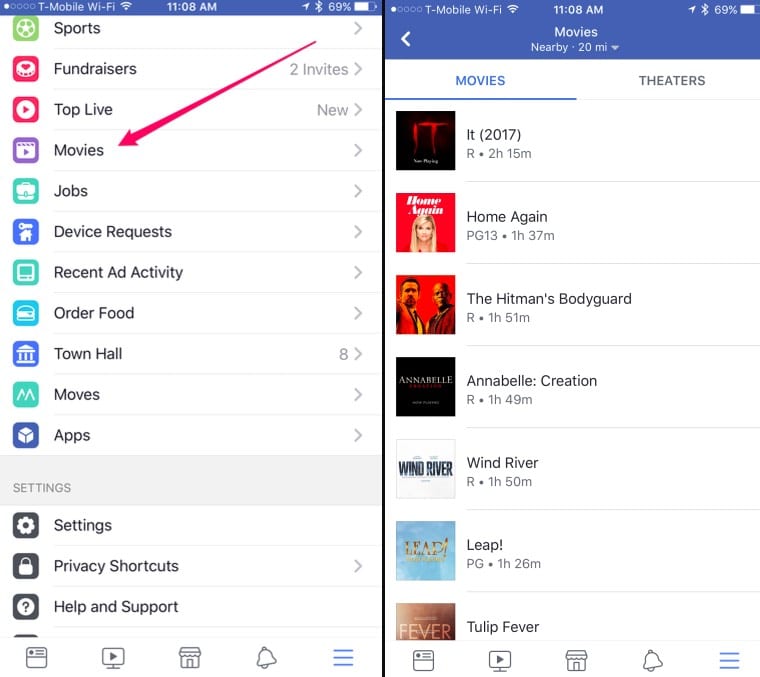 Apparently, tickets could also be bought, if we want to see some of the movies suggested. It follows the same dynamic that the social network giant Facebook had already implemented last year when it announced its partnership with Fandango.

But instead of having to go to the page dedicated to the movie on the social network giant Facebook, to complete the entire purchase process, you can directly complete the transaction from this new section only.

So the users, not only will be able to take a look out of curiosity to the premieres of the billboard of their zone but in a few clicks, they will have their exit to the organized cinema.

At the moment, it seems that this dynamic is part of a test, so we do not know if at some point it will be implemented for all users or not.