We all know that the tech giant Apple is widely-tipped to debut its upcoming flagship device, iPhone 8 next month. However, the design and the release date secret of the newest addition to the best-selling smartphone range might just have been leaked early by an extremely unlikely source.

Contents show
McDonald’s Just Leaked iPhone 8 Design & Release Date Secret
It is a mistake, McDonald’s has sent an email with pictures of the iPhone 8

Companies like McDonald’s, which is the one that occupies us on this occasion, have applications for mobile devices in which you can get offers and discounts, or even place orders through it. And it’s no wonder they use a particular device model for the ad campaigns of these apps.

But interestingly, before it is introduced, the company dedicated to fast food has used images of the iPhone 8 to publicize their application. But is it true that it is a ‘leak’?

In Australia, subscribers to the McDonald’s newsletter today took the surprise in their inbox – in the email – of several images of the iPhone 8 with the fast-food chain app running. And these images have begun to spread in social networks quickly as if McDonald’s had leaked the final design of the iPhone 8.

But the truth is that it is not a filtration, or at least it is not a new filtration. That is, McDonald’s does not yet know the look of this new mobile, and the only thing they have done is to use the images we already had since last May. 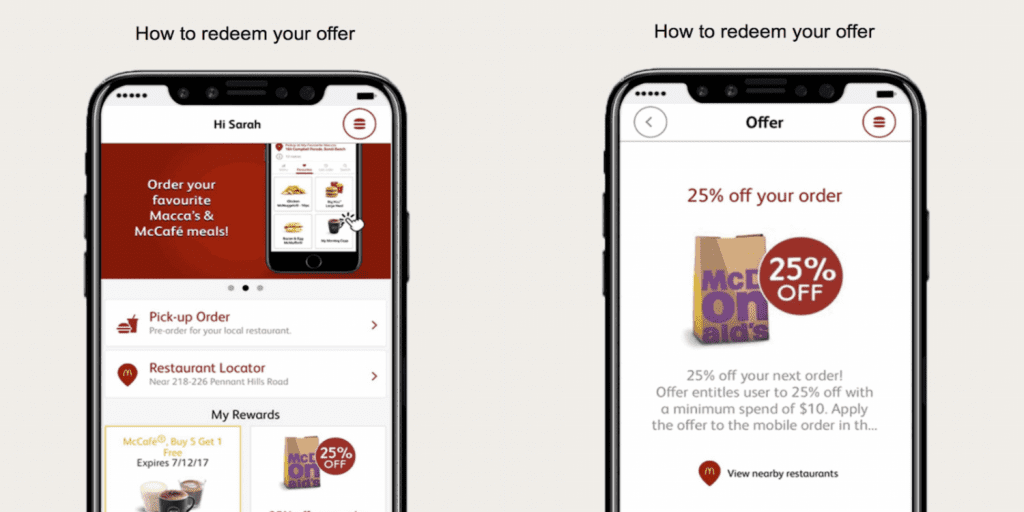 It is a mistake, McDonald’s has sent an email with pictures of the iPhone 8

The image in question, the silhouette of the iPhone 8 on the front, was created by Benjamin Geskin based on leaks on the design of the new iPhone 8. And indeed, this is the design that is expected to have the new Apple device (iPhone 8).

But McDonald’s does not serve as a confirmation, nor brings anything new at all, because they have only reused images that are not official, and we do not know if it was only a mistake, or a provocation intentionally aimed at getting more publicity with the promotional campaign of its application.

The stir it has caused in social networks, even outside Australia, has led many to believe that McDonald’s would have confidential information and that, mistakenly, would have used these images of the iPhone 8 ahead of time.

But the reality is, simply that whoever designed the mailing campaign has cast recreations of the iPhone 8 based on leaks, but in no case, these are the real or official images of the tech giant Apple’s upcoming new iPhone, which is expected to be released in September.

So, what do you think about this new unsudden and unexpected leak? Simply share your views and thoughts in the comment section below.