In the Android catalog, we can find attractive devices with competitive prices, hence, it is expected that Meizu might launch Meizu Pro 7 with monstrous specs.

In the Android catalog, we can find attractive devices with competitive prices that usually arrive under the seal of Chinese signatures. An example of this is Meizu, that during the past 2016 experienced one of its sweetest moments.

In December it launched the Meizu Pro 6 Plus an interesting phablet with great features and reduced prices. For months, it was rumored about the next to arrive, the Meizu Pro 7. Now there are new data on this device, which promises to be a much more ambitious bet with which we could be very pleasantly surprised.

Possible specifications of the Meizu Pro 7

The company already surprised with the Meizu Pro 6 Plus to provide a device with the full power of the processor Samsung Exynos 8890 8-core, the same as found in the successful Galaxy S7 and S7 Edge.

However, according to the leaked information, a change of SoC for Meizu Pro 7 Plus could take place which could mount a MediaTek Helio X30 10-cores processor (64-bit).

Moreover, it is expected that the device will arrive in three variants which will feature 8 GB, 4 GB and 6 GB of RAM. This RAM would be a surprise and a strong point in the Pro 7, but the screen is also a highlight, which could be 5.7 inches with curved edges and will have 4K resolution.

In the photographic section, it may have a sensor of 12 Megapixel. The body type would be unibody and made of metal, which would present a physical home button on the front. 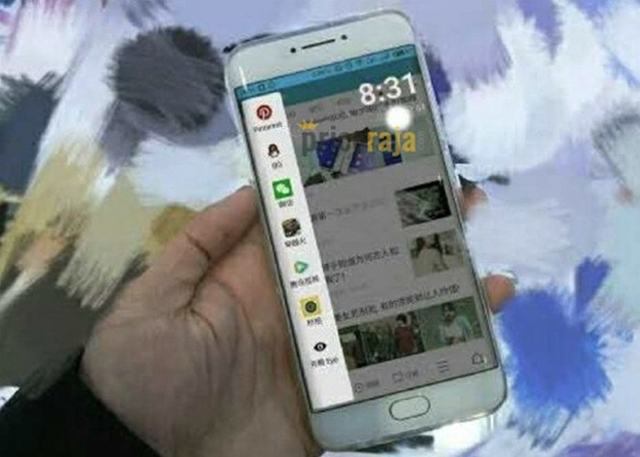 According to the leaked purportedly showing the design of the Pro 7 (with a quality that leaves much to be desired) image, the interface would be Flyme 6 UI and would have an access bar on the side of the device just like the Galaxy series.

At the moment all we know that these are just rumors, and as such we must leave them in quarantine until we receive new information. But if Meizu finally launches a device with these characteristics, it will exceed the current Pro 6 Plus, which has left the bar very high.