We all know very well that the tech giant Microsoft is betting heavily on augmented reality and mixed reality. Initially with the development of HoloLens and lately with the insertion of tools of this category in its Windows 10. Now, it released an application that tells you if your PC supports Windows Mixed Reality headsets or not.

The tech giant Microsoft is betting heavily on augmented reality and mixed reality. Initially with the development of HoloLens and lately with the insertion of tools of this category in its Windows 10.

Following these developments, the tech giant Microsoft will bring even more new features in the next major update of Windows 10, Fall Creators Update, and has launched an application where users can see if their computer is able to receive these new features or not.

The efforts that the tech giant Microsoft has made in augmented and mixed reality are notorious and evident: first with the HoloLens and lately has announced several new features in which it support for OEMs in the development of mixed-case headsets and the announcement, in the conference #MicrosoftEDU this year, augmented reality tools that will work directly on the computer/tablet, through the camera, without the need for any headset. All these innovations will be integrated into Fall Creators Update.

In light of these new developments, the tech giant Microsoft is expected to require certain minimum hardware and software features for the device to be able to run these augmented reality tools.

In this way, an app was launched in the tech giant Microsoft Application Store, which is designed to: evaluate the software and hardware characteristics of the device and indicate if it is ready to receive the novelties dedicated to the mixed reality that will be Fall Creators Update. 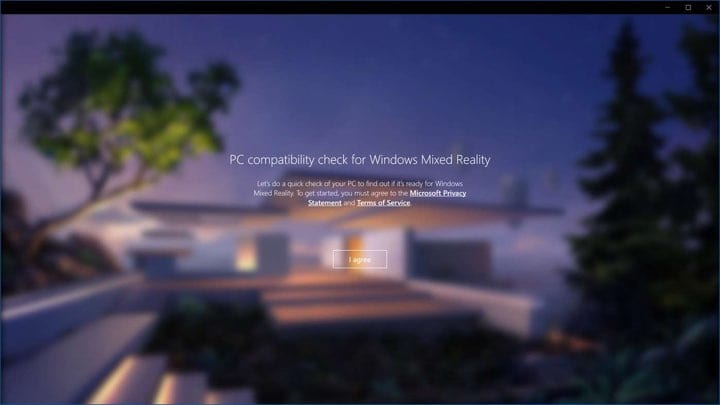 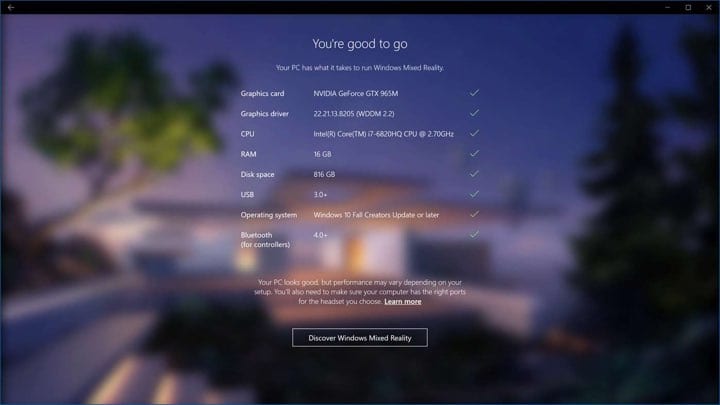 The application, called “Windows Mixed Reality PC Check“, it is very intuitive, direct and fast. It only wants to analyze the characteristics of the system and indicate to the user if it is ready to receive the mixed reality present in Windows 10 or not. If not, the application indicates which parameters will condition the execution of the tools.

As we can see, with the news that will arrive along with Fall Creators Update on October 17, the next major update of Windows 10 will have a great focus on the mixed reality. The tech giant Microsoft is committed to making this technology more accessible, deeper and more immersive than augmented reality, and has the help of OEMs in this task.

The Lenovo, Acer, and HP already have mixed reality headsets for sale and Dell has pre-selling a model that will also be released on October 17, coinciding with the release of the Windows 10 Fall Creators Update.