Everyone recognizes the tech giant Apple always at a prominent position in the technology market and an ability to develop and present new products on a recurring basis. However, today in this article we will tell you that how much money do the tech giants like Apple, Google, and others make each second.

How Much Money Do Apple, Google & Others Make Each Second?

Everyone recognizes the tech giant Apple always at a prominent position in the technology market and an ability to develop and present new products on a recurring basis. The Cupertino tech giant company fans, you will feel proud to know that the tech giant Apple was the most valuable brand in the world for the past few years.

After having already been at the top of the list of major companies, the tech giant Apple was once again voted as the most profitable company on the planet, according to the Fortune Global 500 list.

The tech giant Apple is, for quite some time, one of the leading companies in the field of technology. Their products are true sales successes, which is positively reflected in the company’s profit.

It was based on the annual liquid results of the main companies of the Fortune 500 ranking that the company TitleMax created a study where it reveals how much these companies charge every second that passes. The values are enormous and reveal a reality that many might think, but that was only now quantified.

Dominating this list we have the tech giant Apple, with every second that passes the tech giant gets 1,444.76 dollars profit. This value almost doubles the second qualified, JP Morgan Chase, which gets a value of 782.14 dollars. 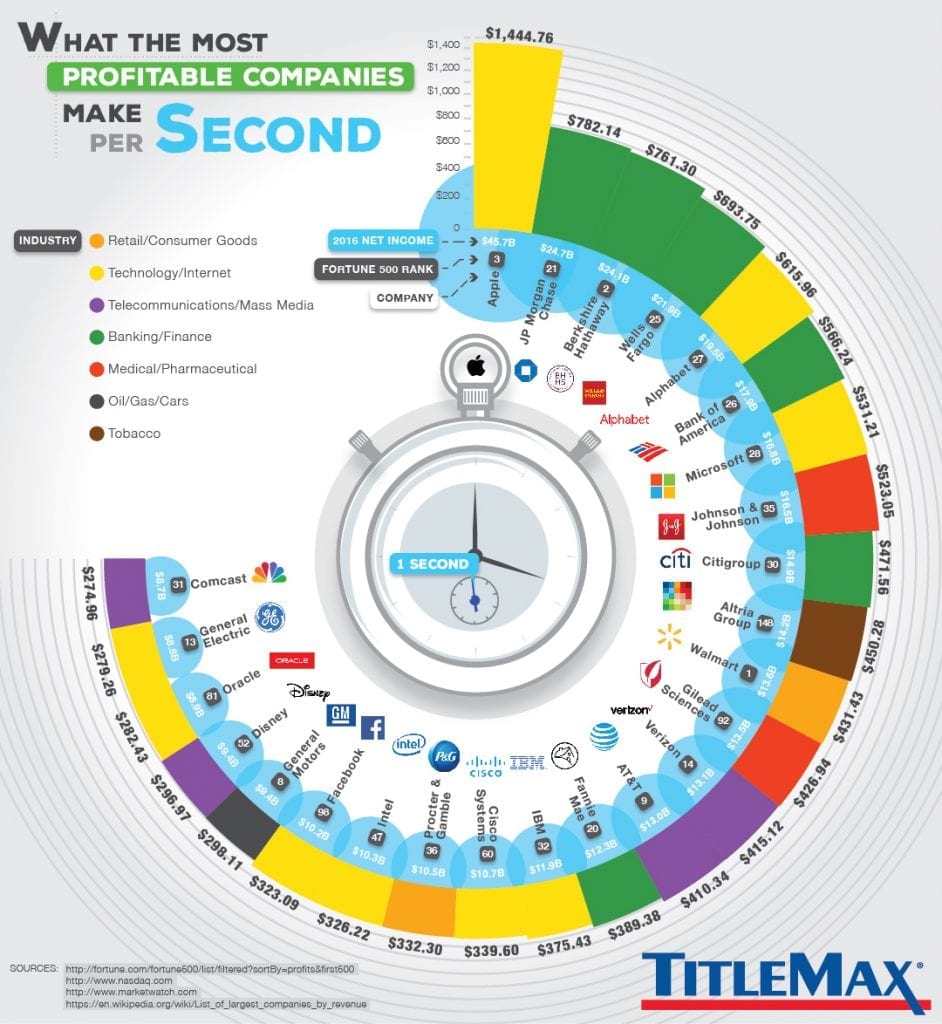 Below Apple, we find its main rivals. Alphabet, the parent company of Google, ranks 27th on the Fortune 500 list, earning $615.96 per second. While the tech giant Microsoft is further down, getting $531.21 per second.

It is not uncommon for this result of the tech giant Apple, as it is preparing to be the first company to operate a valuation of one trillion dollars, which places it in a place of prominence in the industry.

So, what do you think about the Cupertino company’s profit? Simply share all your views and thoughts in the comment section below.