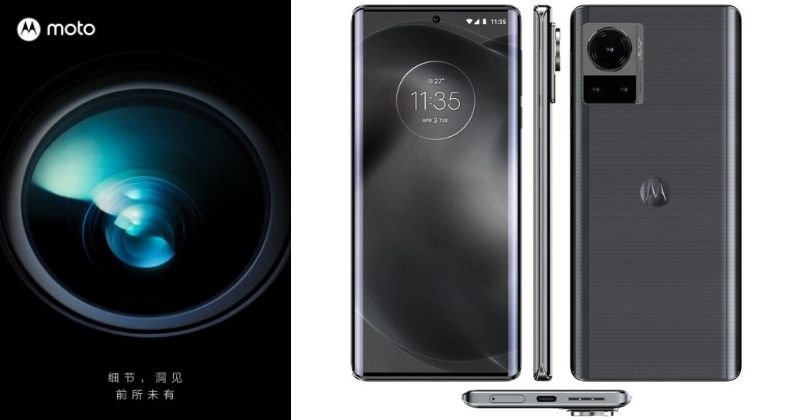 The teaser is not available in other languages, so Motorola will first launch the smartphone in China before launching it in other regions.

The announcement is made on the Chinese social media platform Weibo. It shows the upcoming device as a “new benchmark for image experience.”

However, Motorola hasn’t revealed the name of the upcoming smartphone. According to the reports, the device might be named Motorola Frontier, which might feature Samsung’s HP1 sensor.

The Frontier might be the first to have Samsung’s 200MP camera module. This Samsung announcement said each pixel measures 0.64 µm. Other leaks suggest that Motorola is the first company to use this technology before Xiaomi and Samsung.

Along with 200MP primary camera, the device is expected to sport a 50MP ultrawide camera and a 12MP telephoto lens. The selfie camera will be a 60MP sensor.

A general manager of the department, Chen Jin, posted a teaser on Weibo. There’s no launch date announced, but we can expect it soon.

Previously, Motorola has launched phones in the Chinese market and later brought them worldwide. Like, Motorola Edge 30 Pro with Qualcomm Snapdragon 8 Gen 1 chip was initially released in China, and later it came to the US market. So, we will have to wait for a while to buy this 200MP camera smartphone.

There are other rumors that this device might have Qualcomm Snapdragon 8 Gen 1+ chipset. Motorola is already teasing its future phones.

Frontier is expected to have a curved 6.67-inch pOLED display with a refresh rate of 144Hz. The smartphone will be paired with 8GB RAM, 12GB storage and 128GB RAM, and 256GB storage.

Reports suggest a 4,500 mAh battery with 125W wired and wireless charging with speeds between 30W to 50W.