Recently, a strange device was spotted on GFXBench which is merely indicating that the Finnish company is not only making or developing Android-powered smartphones.

The news of the Finnish company Nokia’s return to the smartphone world had reached the previous year, and it pleased many users who want to see the iconic Nokia logo again but this time running on Android instead of Windows OS.

However, HMD Global finally announced the first Nokia Android smartphone. The Nokia 6 has been launched in China and will only be available in the Chinese market only on JD.com.

Now the Finnish company Nokia is breaking all records with their latest Nokia 6 Android smartphone which is already a sensation. However, we all have to wait for longer time to grab Nokia device running Android. So, it’s generating a lot of interest.

As a new tablet from the Finnish company Nokia has recently visited the benchmarking site GFXBench. However, the most interesting thing is the mysterious tablet visiting GFXBench doesn’t have any name specified there. 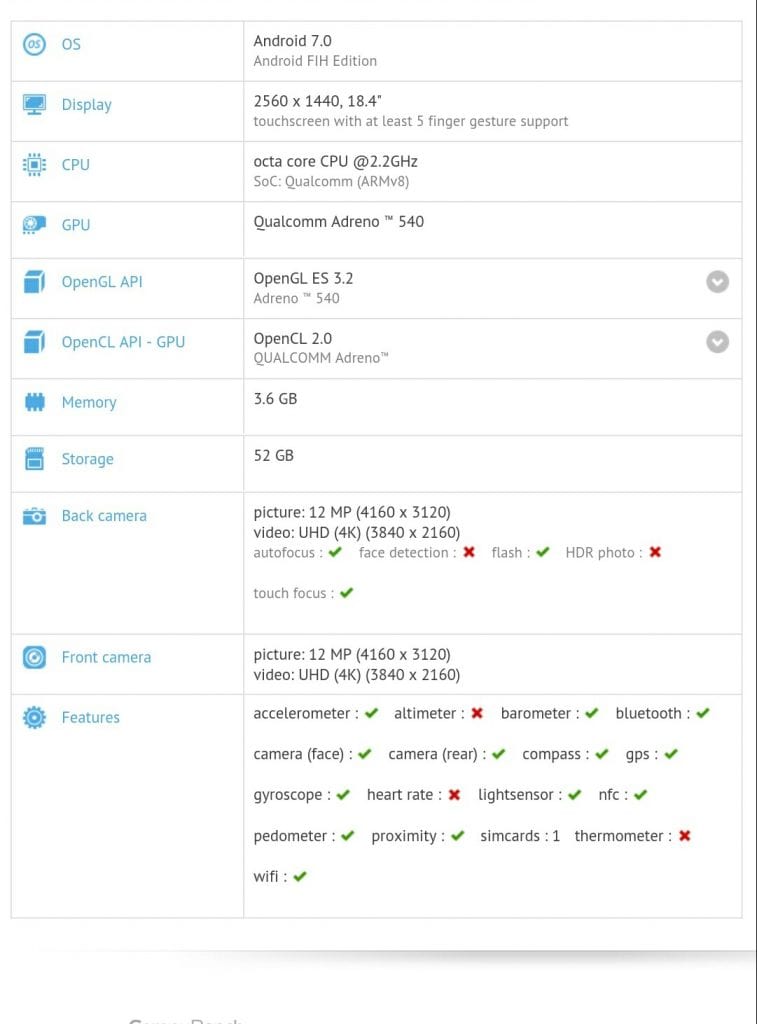 Now, if we talk about the specifications of this mysterious device then it is spotted on the site that this device will feature an 18.4-inch display with a resolution of 2560×1440 pixels, 4GB of RAM, while the internal storage showing is 52GB which is actually the free storage as the actual storage will be 64GB, Octa-Core Qualcomm Snapdragon 835 chipset which is the flagship chipset for devices of 2017.

Moreover, this tablet will have a 12MP of rear camera with Ultra HD video recording support and a 12MP camera sensor on the front as well with similar video resolution except for the front flash and of course this tablet will run the latest version of Android which is Android 7.0 Nougat.

Now, let’s have a look at the key specs of this Tablet:-