Recently, a Software Security firm well known as G Data released a report which clearly shows that Android dominates the mobile device segment with a market share of around 72%, hence, it is most exploited in computing security and not only that even it reveals that new Android malware is discovered every 10 seconds.

The tech giant Google’s mobile platform, of course, Android is the most widely used operating system worldwide, and perhaps for that reason the most exploited in computing security. According to a recent G Data report, it reveals that new Android malware is discovered every 10 seconds.

Android clearly dominates the mobile device segment with a market share of around 72%. According to a G DATA study, only 750,000 samples of malware were discovered in the first quarter of 2017, equivalent to 8,400 per day (or 350 new malware per hour).

The forecast for this year is around 3.5 million, a figure that will be the highest since the year 2012. 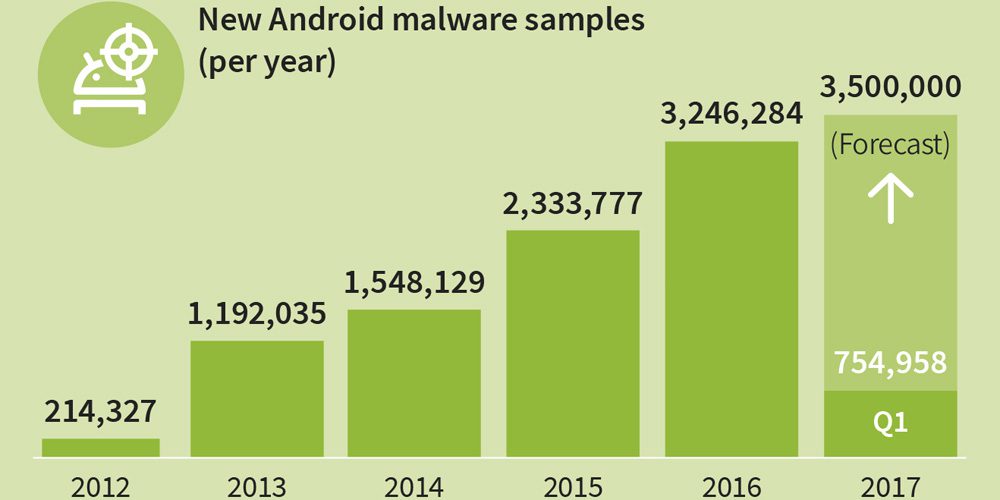 Although the number is quite high, it is not really a reason for large alarms. As security suggestions, the study notes that users should, whenever possible, have the system updated and only download applications from the official store.

So, what do you think about this new report? Simply share your views and thoughts in the comment section below.