Contents show
Nobody Likes What Google Did With The Search Bar On The Pixel Launcher
Is this the new search bar?

Personalization in the tech giant Google’s well-known and most used mobile operating system, of course, Android is a world without an end, as there is a wide range of possibilities with which we can simply decorate or personalize our mobile phones. However, sometimes we are not the ones who touch things or customize, even the tech giant Google itself also does the same things.

We all know very well that the tech giant Google has a habit of trying to meet the application needs of its Android ecosystem. In fact, today the tech giant Google has risen with the left foot and has decided to slightly modify the search bar of Pixel Launcher, a widget present on most Android phones. The change, it seems, comes without warning and has not been very welcome and well accepted by users.

Is this the new search bar?

Specifically, we are talking about the search bar of Android phones with the Pixel Launcher installed, that is, those have this same bar but inserted (in the form of a widget) in another type of launcher, we have not been affected till to the date.

It has been Amagora Vaughan, a user of the tech giant Google’s own social network platform, of course, Google+ who has reported this change in the “Google Pixel Phones” community of this social network. As we can see in the captured image that we have attached, in the search bar of all course we read “Search apps and web…”. 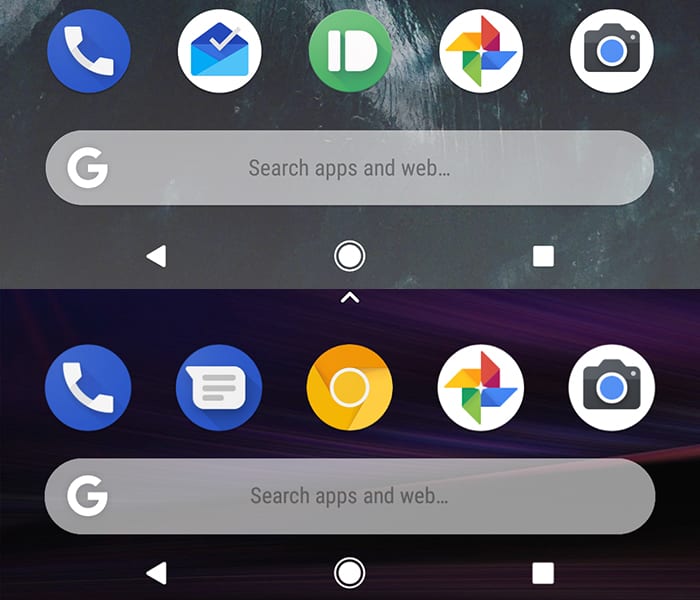 This latest update of the tech giant Google also made the appearance of search bars with simply the word “Search”. The change apparently not well-accepted too much by the users since its function seems to be a bit unnecessary and should someone need the word “search” to know the usefulness of that bar!

Remember that this search bar is a widget that is found in the Google application. This is pre-installed on many occasions, but you can find it in the Google Play Store for free. It allows, recently, some customizations, such as its colour or its transparency.

So, what do you think about this new change which was made by the tech giant Google on its Pixel Launcher? Simply share your views and thoughts in the comment section below.