In the current era the 4G is the most demanded, and a mobile phone even if it was a ‘feature phone’ will have more support using this technology and infrastructure. Hence, the Finnish company Nokia decided to launch a new 4G variant of its legendary feature phone, Nokia 3310 whose specs and features leaked recently on TENNA.

Over a week ago it was known that the new version of the Nokia 3310 will hit the market. A model with support for 4G networks that have already appeared officially in the TENNA registry and in this article we have mentioned all its characteristics.

Halfway between a marketing pirouette and knowing where to aim, the Finnish company Nokia got that last year its new version of the beloved and legendary Nokia 3310 that had more impact than even their new phones based on Android.

With a touch of viral wistfulness while seeking the support of the public that continues to use mobile phones only to call, the Nokia 3310 sold very well, and in fact, at the end of the year, a 3G version appeared on the market, since the support for 2G networks of the original one was short. 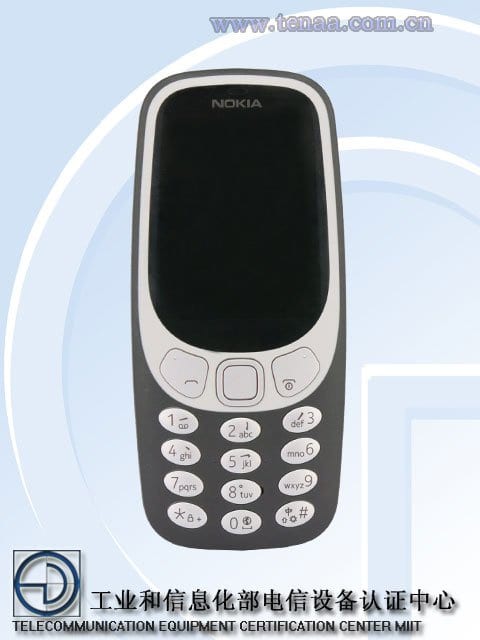 In the current era the 4G is the most demanded, and a mobile phone even if it was a ‘feature phone’ will have more support using this infrastructure. Therefore, the Finnish brand has registered a Nokia 3310 4G model in the Asian TENNA, a record that confirms things like the use of YunOS as an operating system.

In this way, the TA-1077 model maintains a 2.4-inch screen with 240 x 320 resolution -the same display as the 3G model features-, with a 2 Megapixel rear camera (no front) and a dual-core processor which is clocked at 1.5GHz speed.

As we say, the key to everything is the use of YunOS, an operating system unknown in the West but in markets such as China is the second most used only below Android. It is an OS that can run Android-based applications because it is based on AOSP, the open source project of Google. And this is something that allows the possibility of seeing apps like WhatsApp running on this ‘dumbphone’ thanks to its operating system.

So, what do you think about this new 4G variant of the well-known legendary feature phone, of course, the 3310 model of the Finnish company Nokia? Simply share all your views and thoughts in the comment section below.