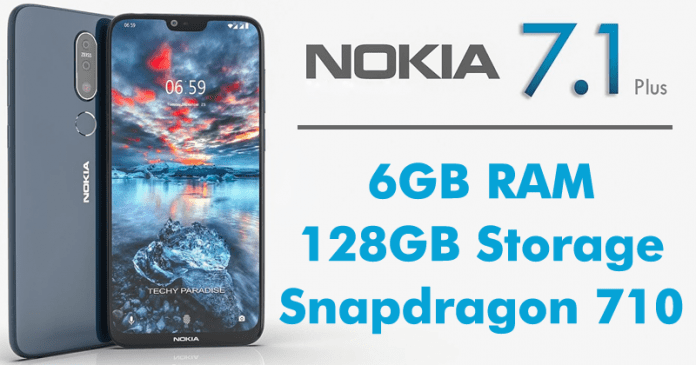 The Finnish company Nokia has already introduced us the new Nokia 3.1, Nokia 5.1 Plus and the Nokia 6.1 Plus. The only one missing from the list, in addition to the future flagship Nokia 9, is the Nokia 7.1 Plus. However, now according to the latest reports, the Finnish company Nokia’s new Nokia 7.1 Plus leak tips display notch, dual rear cameras, the all-new Snapdragon 710 SoC and much more.

The all-new Nokia 7.1 Plus is offering little by little all its details, although in the form of leaks. A few days ago some images confirmed that the well-known Finish company, of course, Nokia’s new phone will have fairly small frames and the first official rendering showed a first look at the design of the device.

As HMD Global is scheduled for an event in London on October 4, where the company, of course, the Finnish company Nokia is expected to announce the launch of a new smartphone, and rumors point to the Nokia 7.1 Plus.

However, the device, of course, the all-new Nokia 7.1 Plus has already appeared on the Chinese social network Weibo where two new images reveal the details about the design and the back of the smartphone.

The smartphone, of course, Nokia 7.1 Plus appeared on the Internet under the code name ‘Nokia Phoenix’. A first image shows the device in a new color, copper, and later double cameras.

Nokia Phoenix – The code name of Nokia 7.1 Plus 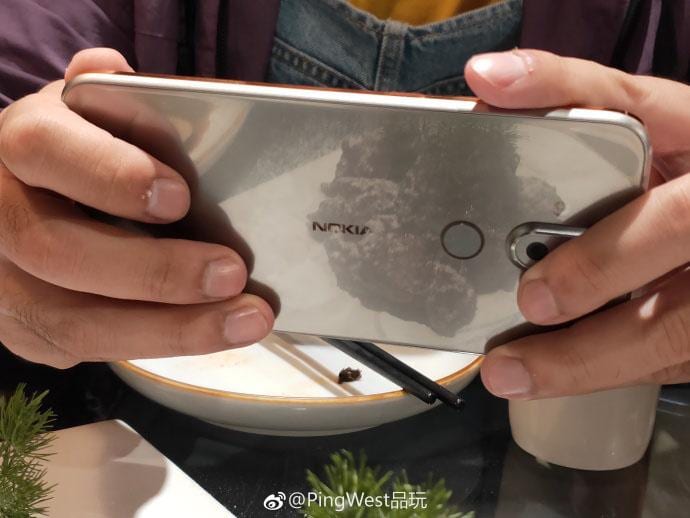 One of the images shows the configuration of the protruding camera, which will have two sensors and the LED flashlight on the left side. In addition, a circular fingerprint reader will be located just below the lenses at the rear of the device.

As for the specifications, the all-new Nokia 7.1 Plus is expected to incorporate a Qualcomm Snapdragon 710 processor, 6GB of RAM and up to 128 GB of internal storage. Although the resolution of the cameras and the battery is unknown. 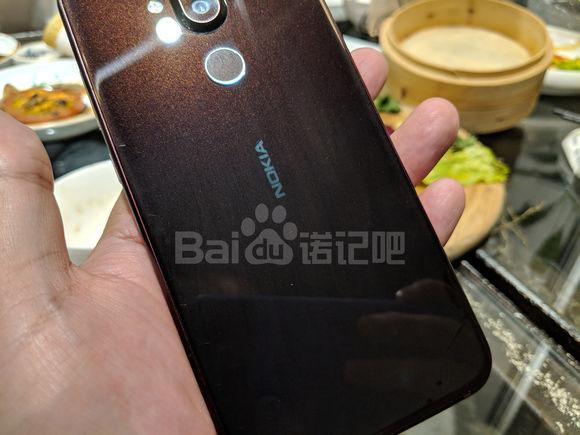 As for the software, rumors say that it will reach the market with an Android 9.0 Pie operating system and guaranteed updates for the next three years.

At the moment we have to wait until October 4 to get to know all the features of the Finnish company Nokia’s new smartphone, of course, the all-new Nokia 7.1 Plus, but there is still time for the leaks to continue advancing all its details. So, what do you think about this? Simply share all your views and thoughts in the comment section below.