We all know very well that the photography is becoming a more important section in smartphones, and that is more than obvious. As the tech giant Google has shown that, with a camera, they get the best results on a smartphone. Now according to the latest reports the Finnish company Nokia’s, Nokia 9 to feature 5 cameras and leaked design show that how this will work.

Photography is becoming a more important section in smartphones, and that is more than obvious. As the tech giant Google has shown that, with a camera, they get the best results on a smartphone, however, some manufacturers are still committed to how much is quality, and this is not always the case.

The Finnish company Nokia seems to be one of these companies, and, as we told you recently, the firm plans to launch a smartphone with no less than 5 cameras. Yes, it’s a barbaric number, and many artists have already begun to think how this smartphone could look like as a final product, would that be the Nokia with 5 cameras?

The double portion of information about Nokia smartphones arrived, as recently, we found the images of future Nokia 9 and seen some images of a prototype in action with a curved screen.

We all know very well that the Finnish company Nokia’s career has come back under HMD Global, the company that launched the first Nokia Android last year and that prepares the catalog for this year 2019. According to the latest reports, the flagship of the Finnish brand, of course, Nokia 9 is ‘hunted’ in public.

HMD Global should be preparing to launch a smartphone with 5 cameras in the back. If on many smartphones two cameras are already too much, then what about 5 cameras?

Looking back, let’s remember that the well-known Chinese smartphone manufacturer Huawei, the South Korean giant LG, and the well-known Taiwanese brand HTC were three of the driving forces behind the dual cameras in this new generation of smartphones since about 2016.

Now while there are still brands perfecting dual cameras, there are others that already have the triples and others that have already revealed that they will launch them.

The market seems to no longer know what to do and starts firing all over the place.

A photo that appeared in the Chinese social network Weibo seems to indicate that a new Nokia smartphone, yes, I am talking about the Nokia 9 will be arriving with a module of 5 cameras in the rear. In this image you can see the back of a Nokia smartphone with 6 circles, one appears white, looking like a LED for flash, and the other potential cameras, which shows the “Zeiss” branding. 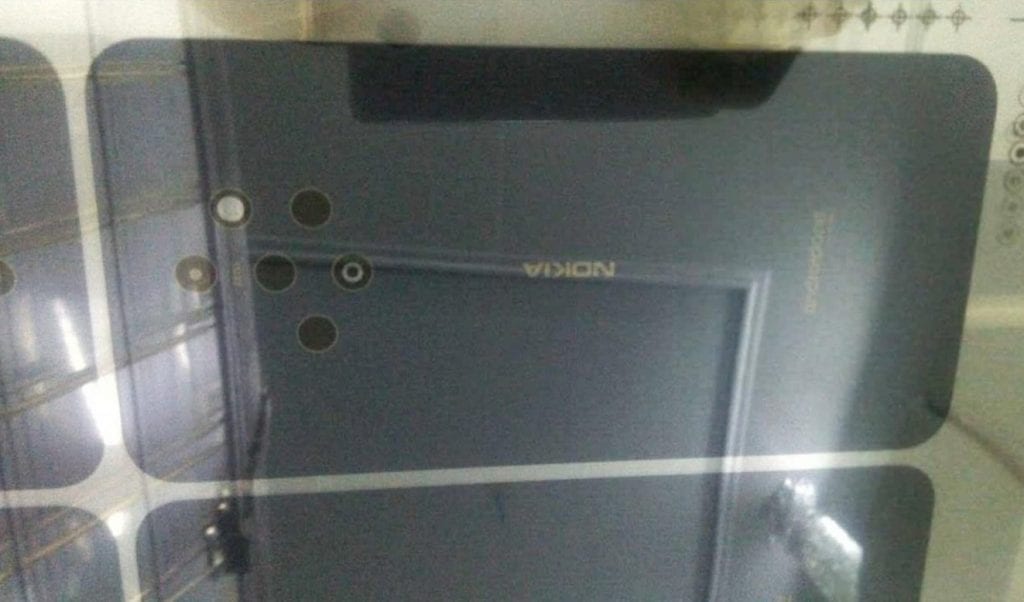 Besides the information of the 5 cameras (taking into account only those of the rear, since it should have at least one more in front) it is still possible to glimpse the information of which will be an Android One device. Information that is not surprising bearing in account that the brand’s latest smartphones are already part of this program.

Some of the additional rumors surrounding the Nokia 9 account for a 5.7-inch screen smartphone whose processor will be a Snapdragon 845 and Android will arrive in version 9 (Android Pie).

The information is still scarce but this photo may be revealing of yet another revolution in the world of smartphones.

So, what do you think about this? Simply share all your views and thoughts in the comment section below. And stay tuned for more latest information and leaks.