Along with the top models, the Finnish company Nokia also prepared the most economical model. The Nokia 1 will be its first Android Go on the market and today have emerged what could be the first images of the phone of the economic range that promises to gain a foothold in emerging markets.

At the same time that it completes its more expensive and ambitious Android smartphone, the Finnish company Nokia also prepares the most economical model. The Nokia 1 will be its first Android Go on the market. And today have emerged what could be the first images of the phone of the economic range that promises to gain a foothold in emerging markets.

Along with the models announced for this year as the Nokia 6 (2019), the Finnish company Nokia is preparing a catalogue that will be led this 2019 by its Nokia 9, the smartphone that will become its flagship and with which it will seek to be among those few that form the elite of the mid-range.

At the same time, HMD Global does not lose sight of emerging markets such as India or Africa, the same ones that are sure to welcome their Nokia 1, the first mobile with the Android Go system of the brand.

First look at the Nokia 1

What is Android Go Edition or Android Oreo (Go Edition)? Well, basically a lighter version of Android 8 conceived by the tech giant Google for devices and terminals with few technical resources that cost them to move Oreo.

Go is a system that starts with Android 8.1 Oreo and is made up of apps with a much lower weight than usual and a drastically lower consumption of resources -something as well as Lite version apps. Located as its name indicates below the Nokia 2, the Nokia 1 will be the first smartphone of the brand to mount this operating system. 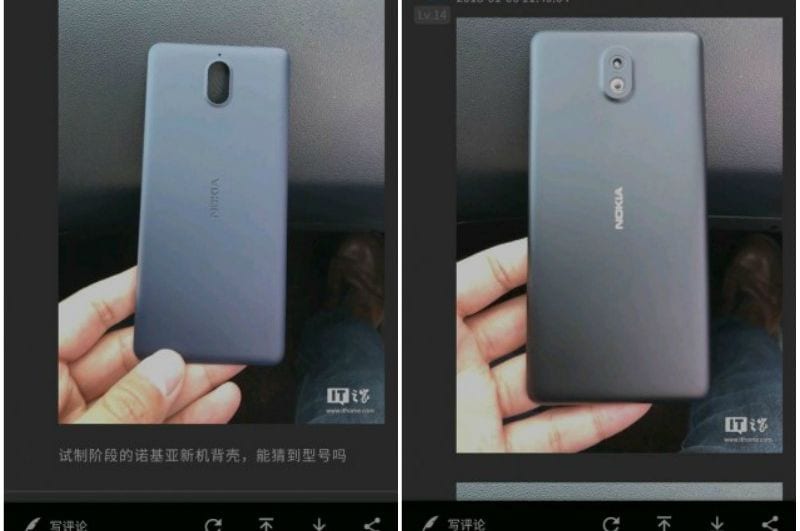 At the moment it is a phone without presenting officially, although today in Baidu, a search engine widely used in China, a user has posted two images that supposedly belong to Nokia 1. In them we see what would be the back panel of the terminal, although they are different: one shows the rear camera and the LED lens covered by a polycarbonate, the other is similar although the rear photographic module is covered by a glass panel. What does this suggest? That HMD has not yet decided on a final design and is torn between these two prototypes.

If the images are true and belong to the Nokia 1, then we would know that at least the rear panel will be a polycarbonate design with rounded edges, which would complement its 720p resolution with HD screen, 1GB of RAM and 8GB of internal space. The date that is rumoured for launch is for March of this year and the price will be about $80, the reason why it would be the most economical phone of the Nokia and first with Android Go. At the moment there is no news of when it will be presented, although we could see it at this year’s Mobile World Congress along with others such as Nokia 9, Nokia 7 Plus or Nokia 4.

So, what do you think about this new Nokia 1? Simply share all your views and thoughts in the comment section below.