Recently, the scientists at UCLA in partnership with Swedish researchers turned the Nokia Lumia 1020 into a digital microscope for DNA sequencing.

Nokia Lumia 1020 Used As A Microscope For DNA Sequencing

Scientists at UCLA in partnership with Swedish researchers have built a microscope that uses the camera of the Nokia Lumia 1020 to detect fluorescent products of DNA sequencing reactions in tissues and cells. The article was published by Nature on Tuesday (17).

Theoretically, the operation is simple: simply connect the microscope to the smartphone and do DNA sequencing or molecular analysis in tissues such as tumors.

This would be useful in places where there is a shortage of better-equipped laboratories. The portability of the new microscope makes all the difference. In many places, the equipment could be the first step in diagnosing cancer and treating it.

In addition to the smartphone, the researchers used machine learning to process tumor imaging and diagnose cancer, which should facilitate the work of the analyst. 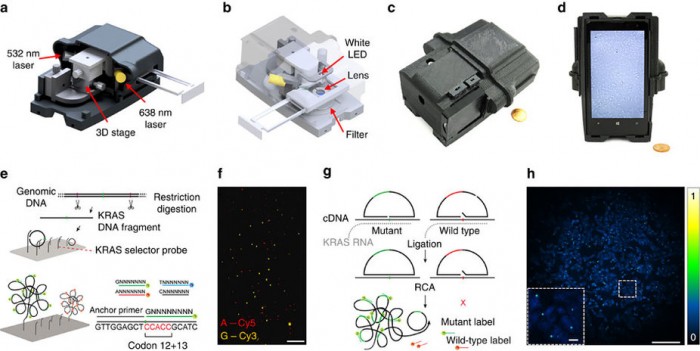 But not everything is perfect. According to the researchers, there are still improvements to be made. At the current stage, a well-trained specialist needs to operate the equipment. In addition, the accuracy and depth of the sequencing may also be lacking.

It is also worth to note that, although the Nokia Lumia 1020 has been used, the machine can work with other mobile phones. Obviously, the quality of the image and hence the results may vary according to the model used.

But it is noteworthy that the researchers used a smartphone that was released almost four to five years ago, and now even it has become outdated as well. But, if we consider only the camera since it was also present in the Nokia 808.

Not the first time: on another occasion, a researcher managed to turn the Nokia Lumia 1020 in a kind of X-ray machine (or something resembling this kind of equipment).