We all know very well that after the arrival to the market of the first Razer Phone, different smartphone manufacturers have shown their clear interest in gamers and have launched interesting smartphones designed for a more demanding type of user. Hence, now according to the latest reports, the Finnish company Nokia is preparing its own gaming smartphone.

Contents show
Nokia Teases Its Own Gaming Smartphone
What to expect from Nokia’s gaming smartphone?

Nokia Teases Its Own Gaming Smartphone

Since the arrival to the market of the first Razer Phone, different smartphone manufacturers have shown their clear interest in gamers and have launched interesting smartphones designed for a more demanding type of user.

As the well-known Chinese smartphone manufacturer, of course, Xiaomi launched its Blackshark months ago, the company’s first gaming smartphone that soon found an answer in the Honor Play.

Now after the well-known Chinese smartphone manufacturers, it’s time for the Finnish company Nokia who wants its share of the pie and confirms that it is working on its own gaming smartphone.

The gaming smartphones are now living their second phase of the life, as after years ago the Finnish company Nokia tried to take over this market with its famous N-Cage phones. Nowadays almost all brands are working on their own gaming smartphones and the Finnish company Nokia, precisely the company that once bet on this sector, wants to become strong again in the gaming world.

As recently HMD Global has published a tweet, via its profile in India, where it advances what would be the first Nokia’s gaming smartphone, but at the moment there are no data or possible features of this smartphone are available.

What to expect from Nokia’s gaming smartphone?

The Finnish company Nokia has started to create rumors about a “phone you can #GameOn“. From this indication and the video that accompanies the tweet, we extract the arrival of a gaming smartphone for gamers that, evidently, would have a next-generation processor such as the Snapdragon 845 and an amount of RAM exceeding 6 GB.

Obviously, the storage space should also be raised in order to install as many games as possible. At the moment it is unknown if the Finnish company Nokia is working on a technology similar to the Huawei Turbo GPU that allows to increase the performance of the smartphone at the time of executing the most demanding Google Play Store titles.

As many of you know, the Finnish company Nokia is working on a supposed smartphone that would have 5 rear cameras. At the same time, we have known that the expected Nokia 9 will be delayed until 2019.

All this information could be giving clues about the characteristics of this future gaming smartphone of Nokia, because the firm could convert the mentioned phone into a flagship smartphone in matters of performance and photography, entering fully, at the same time, in the field of Augmented reality. 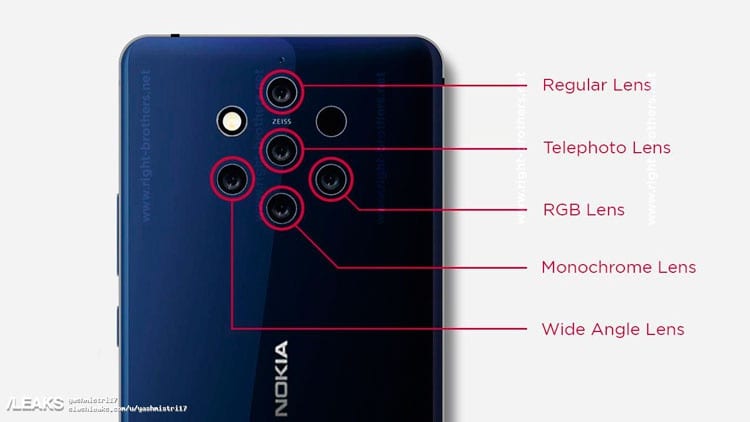 All this is no less than speculation urged by the tweet of the brand, of course, Nokia itself, and we will have to wait for the Finnish company Nokia itself tracks on this gaming smartphone that could become the future top of Nokia range.