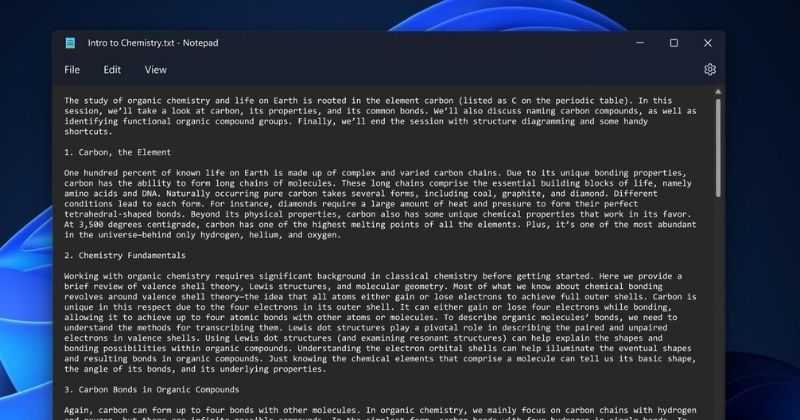 Microsoft is rolling out a new version of Notepad to Windows 11 insiders in the Dev Channel. The company is releasing the first preview of Notepad that supports dark mode; it is specifically built for Windows 11.

Microsoft is testing a redesign Notepad app by adding some features like better search, replacing the interface, better undoing, and more.

There are a few visual updates like dark mode, an updated right-click menu, and new theme-adopting material.

However, this will be the biggest upgrade to the users who actually write in Notepad.

In the current version of Notepad in Windows 11, the text search tool and the find and replace tool are different windows. Both of them are accessed by two different keyboard shortcuts.

New version of Notepad is rolling out in the Dev Channel now. It has dark mode! pic.twitter.com/ZTZvdxpUsB

Microsoft is also adding a multi-step undo feature that is replaced by the old version’s undo system. It lets you press CTRL+Z to delete one word at a time, but it has more memory than the old version of the app.

The new Notepad app is beautiful in both light and dark mode. There is a modern fluid context menu, and not all the dialogs and popups are updated yet. Though, this is just a first preview build, so that we can expect more in the official version.

In the preview build, the Word Wrap is still off by default. In the View menu, there’s a new home, the Font button is at the Edit dropdown, and the old format menu of Notepad is no more.

Recently, Microsoft has updated its Paint app with a new facelift, which has a similar design language to Windows 11. No features have been added to the Paint app yet.