It seems that the 32-bit systems have their days counted as the pressure from the hardware manufacturer and software developers increases. As the tech giant, Apple has stopped supporting 32-bit applications in iOS and will soon do so in macOS as well. However, now it seems that Nvidia ends support for 32-bit operating systems drivers.

32-bit systems have their days counted as the pressure from the hardware manufacturer and software developers increases. As the tech giant, Apple has stopped supporting 32-bit applications in iOS and will soon do so in macOS as well.

Recently, we have also known that even the tech giant Google will require 64-bit apps for Android in the Google Play Store. Finally, we have the response of the graphics card manufacturer Nvidia that has just announced that it will stop releasing drivers for these systems.

With a brief statement, Nvidia has finished “killing” their drivers for 32-bit systems, following in the wake of other major technology companies such as the tech giant Apple and the tech giant Google.

The drivers will not be installed or will work on these systems and the news will not be released for compatible versions, which will be the GeForce Game Ready Driver 390 and earlier versions. 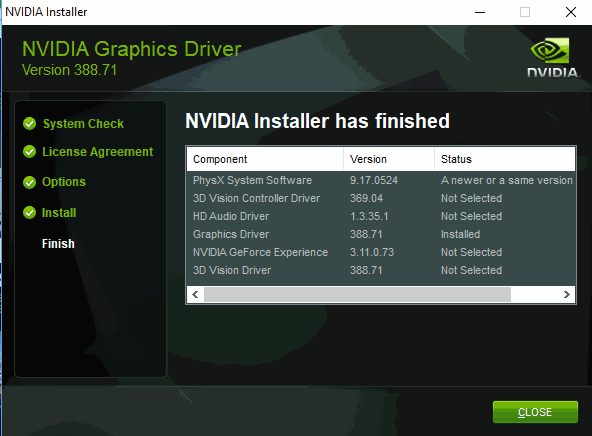 The statement reads as follows:-

“After the launch of the 390 drivers, Nvidia will stop releasing drivers for 32-bit operating systems in any architecture of their GPUs. The versions released after the news, will not work or be installed on these systems. The improvements of the drivers, the optimizations and the special functions that are released later, will not be ported to the 390 version or any of the previous ones”.

Nvidia’s decision affects all operating systems for which it releases drivers. Without going any further, we have all supported versions of Windows such as Windows 7, Windows 8.1 and Windows 10, all supported Linux versions and FreeBSD.

However, we must make a nuance to all this. In the case of security updates that are considered critical, Nvidia will continue to launch them for 1 year. The deadline to leave “completely abandoned” 32-bit systems is January 2019.

With this change, 2019 will be the expected year where the 32-bit systems start to have the days counted. For now, the lack of pressure from manufacturers and developers has allowed some relaxation, but the time has come to put an end to these systems that already have little meaning in the current scenario.

The tech giant Apple ads with iOS and macOS, the tech giant Google with Android or Nvidia with drivers, set the tone for other players (Microsoft?) Take the step to stop supporting 32-bit systems at all costs.

So, what do you think about this? Are you in favour or against abandoning support at 32-bit? Simply share all your views and thoughts in the comment section below.