A Chinese phone maker company, OnePlus,, has recently launched its flagship OnePlus 10 Pro in China in January. The smartphone will be available in India in March.

The YouTube Channel named JerryRigEverything has done a durability test OnePlus 10 Pro. The channel is run by Zach Nelson,, who has tested most of the OnePlus smartphones,, and most models have survived.

However, this time it wasn’t the same, as the smartphone has failed the test. It didn’t survive the bend test and was broken in half. 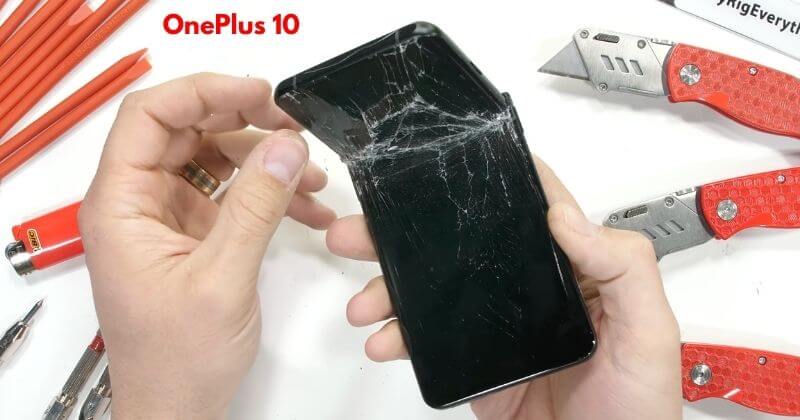 In the test, the smartphone has survived most of the abuse but was snapped right below the camera module in the bend test.

Zack Nelson posted a video of about 10 minutes on his YouTube Channel.

OnePlus 10 Pro smartphone has a Corning Gorilla Glass Victus,, which is protected with a screen protector.

In the starting, we can see the regular scratch tests. At level seven, the phone started getting deeper.

While inspecting the device, Zach found that there is a 5,000mAh battery in the phone and the thin aluminum frame is the reason. The breakpoint had volume rockers, which compromises the structural integrity of the device.

Even after getting some deep scratches, the smartphone recognized touch inputs in the video. After the scratches, the in-display fingerprint sensor worked properly.

The YouTuber also used a lighter to burn the display. After 30-40 seconds, the AMOLED screen got toasted and got a permanent mark.

There is no IP rating in the device, though Zach showed the SIM tray has a gasket for some level of water resistance.

In the video, we see both the glass back and frame of the device are not strong to pass the bend test. As soon as the phone was broken in half, it wasn’t responding.