OnePlus is all set to bring its next-generation flagship smartphone, the OnePlus 10 series. However, ahead of launch, so many rumors have been doing around.

Recently, tipster Steve Hemmerstoffer claimed that the upcoming device would have a new design with a Hasselblad camera.

Now, the latest leaks add some more specifications of the upcoming OnePlus 10 Pro. OnePlus 10 Series is expected to launch in the quarter of 2022. 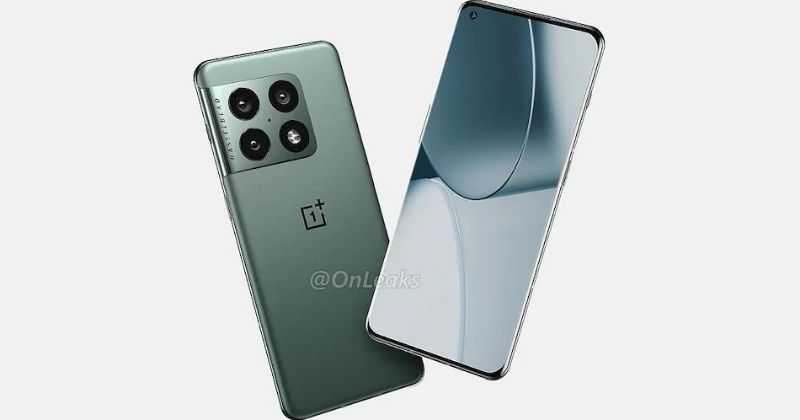 The specifications that are leaked are on its processor and the battery front of the smartphone. The display will be of 6.7-inch quad HD+ display with a 120Hz refresh rate. There is no fingerprint sensor at the back, so that it might be an in-display fingerprint.

OnePlus 10 Pro may come with a Snapdragon 8  Gen 1 Chipset. The smartphone might drop the 2MP monochrome camera as there is a triple camera setup, and the selfie camera will have an upgrade.

The upcoming OnePlus smartphone will have 12GB RAM and 256 GB storage. It might have a 5000mAh power-packed battery that supports super-fast charging of 125W.

On talking about the camera, the OnePlus 10 Pro has a triple rear camera setup with a 48MP primary sensor, 50MP ultra-wide angle camera, an 8MP telephoto lens.

As per the earlier leaks, the smartphone might have capabilities of zooming that are seen on the OnePlus 9 Pro. However, it’s not clear whether the company will get a new camera sensor.

The company brings an upgraded 32MP selfie camera from 16MP and an IP68 water resistance rating.

There are rumors that the OnePlus 10 series will first debut in China in late January or early February 2022. Later in April, the device will be launched globally.