We all know very well that the OnePlus 5, officially announced a couple of months ago, has received a lot of criticism in its launch, but it is still one of the best-rated smartphones in 2017. However, now after lots of rumors and leaks, now again OnePlus 5T image leaked, but this time full body image leaked online.

In the absence of very little for the guys of OnePlus to officially present their next smartphone, the OnePlus 5T, the leaks are becoming more and more constant and, in turn, more accurate.1

All week we have been seeing rumors and leaks about this smartphone, which will hit the market as an enhanced and vitalized version of OnePlus 5.

In the last few hours, we have seen how several filtered images circulate through the web, all of them of “true” origin, in which we see for the first time real photos of the OnePlus 5T, as well as images of its packaging and what it will bring. 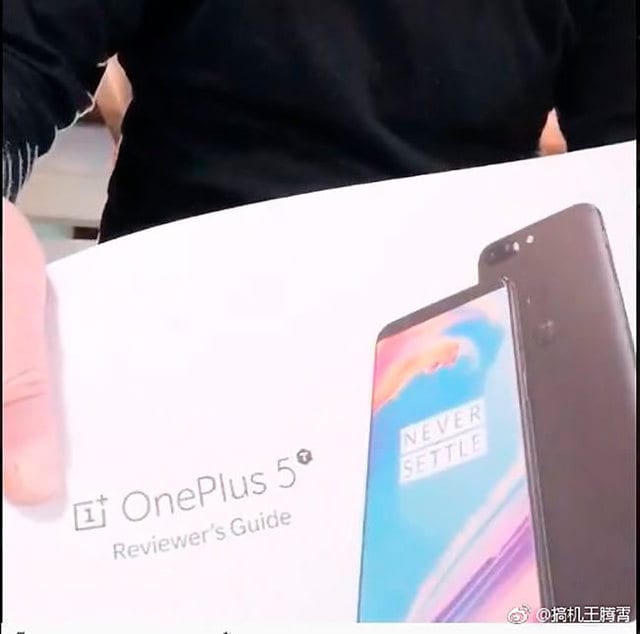 In this first photo that we show you we can see the “Reviewer’s Guide” of OnePlus 5T, that is, the manual that OnePlus sends next to the terminal to the press, and to analysts from all over the world. But the most interesting thing about the image itself is that we can see the final design of the OnePlus 5T for the first time and, in this way, confirm rumors.

Among those rumors, we can confirm the existence in the OnePlus 5T of a “Full Vision” screen in 18:9 format, as we have seen in devices such as the Galaxy S8, or the LG G6. 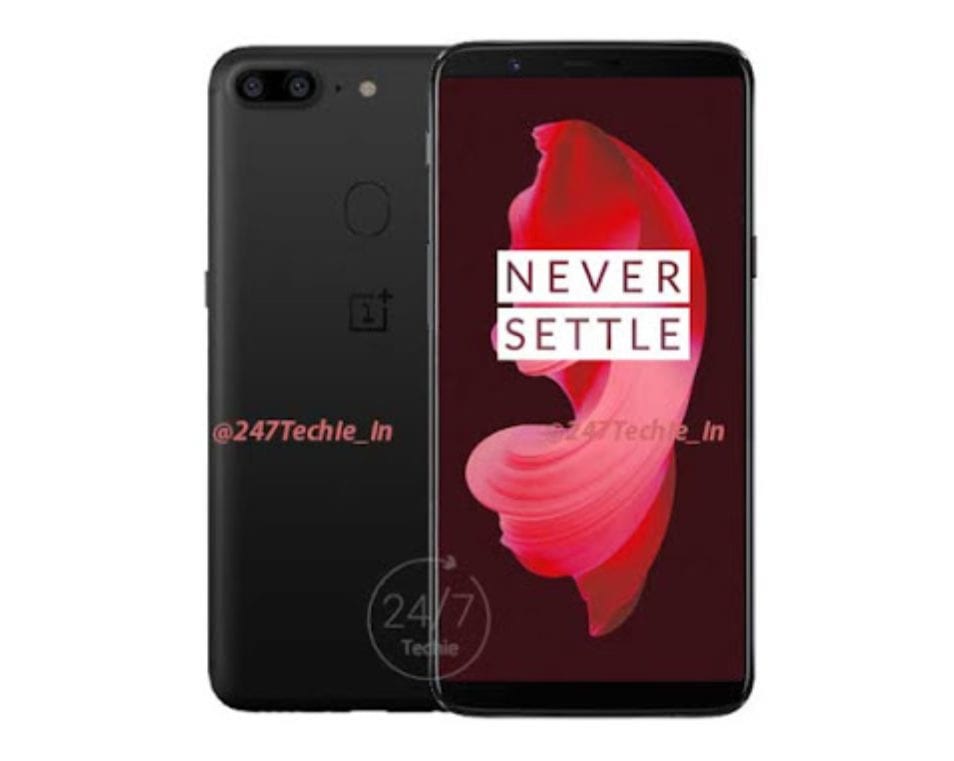 In addition, we see how definitely the fingerprint reader leaves the front, to reside in this 5T in the back. For the rest, in terms of design, it has many similarities with the original OnePlus 5, something that was expected since the 5T is a “vitalized” version of the OnePlus 5. 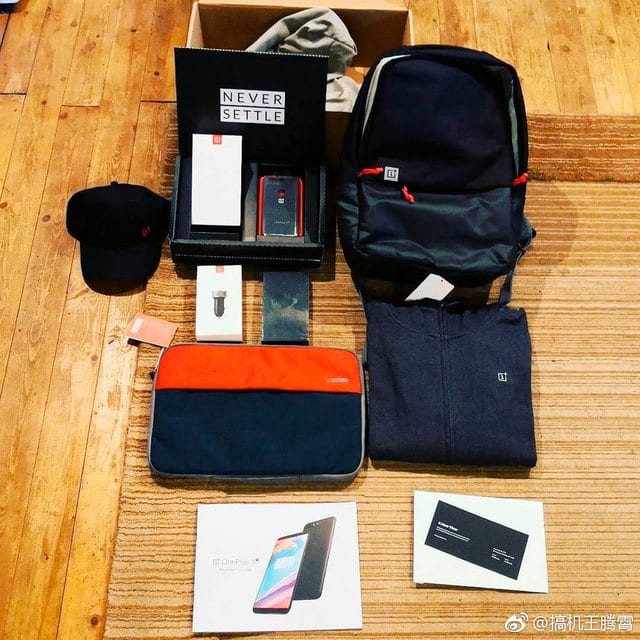 In this last image, it is visible that the components of the pack that will receive the first “reviewers”. A pack that consists of multiple elements, ranging from a OnePlus sweatshirt to a hat or a briefcase, also from OnePlus. But in addition, we see the packaging with which the OnePlus 5T will arrive, discreet and almost identical to that of its predecessors.

For the rest, it is expected that the OnePlus 5T is identical to its small brother in terms of specifications, something that we can confirm next November 21.