New filtered images of the OnePlus 6 show how the design of the new “flagship killer” of the Chinese company, of course, OnePlus would continue to be inspired by the device of the tech giant Apple, of course, the iPhone X, as shown by its new filtered live images.

Although it was only expected in June, everything points to OnePlus 6 being anticipated and leaving earlier this month. Once we know its price and some of its features, we get an image of the front.

Although not the largest Chinese smartphone brand, OnePlus is considered one of the best known in Asia. Following the success of OnePlus One, the brand has garnered a great following of fans who remain faithful to it till today.

Four years after the launch of the first model, the Chinese brand continues to maintain a strong bet on performance, although prices are slightly higher. This year, the OnePlus 6, a model expected only in June, is expected to be released this month. 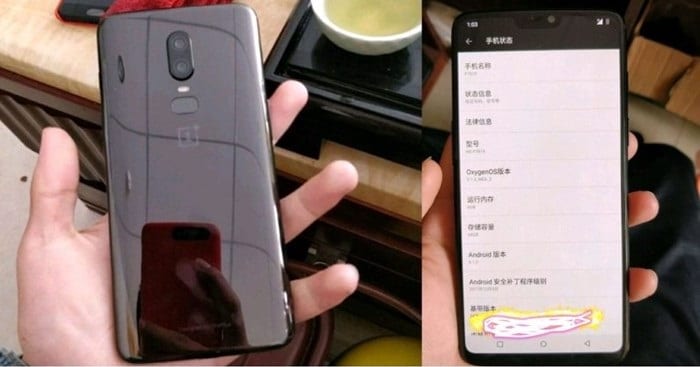 According to rumours, the new flagship will come with Qualcomm Snapdragon 845 processor, 6/8 GB of RAM and 64/128/256 GB of internal storage.

The photo should also be one of the focuses of this new smartphone after its fans ask for more care in this chapter. The OnePlus 6 should feature a dual 20 MP + 16 MP main camera with f/1.7 aperture and a 16 MP front camera.

As for the screen, the OnePlus 6 should bring a 6.28″ OLED panel with FullHD+ resolution and with the presence of the usual notch. 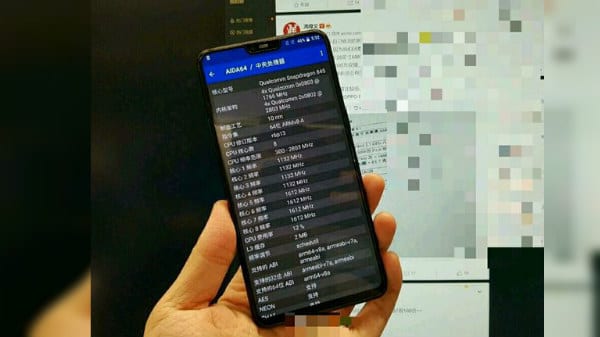 Once we know the hardware that comes with this smartphone, simply we need to know its design. Recently a new real image has appeared on the front panel of the OnePlus 6 that shows what the look of this new smartphone looks like.

In addition to the front, the rear panel is already known after being displayed on two different links.

You've been **cough cough** good sports with this, so I suppose you do deserve /something/. Just remember: #yousawitherefirst pic.twitter.com/AWCHYZKJJE

However, according to the rumours and reports, the upcoming flagship of OnePlus, of course, the OnePlus 6 can then arrive this month in an event where you can also meet the new wireless earbuds and other new features.