According to the latest reports, the well-known and popular leakster website, of course, I am talking about none other than Slashleaks has leaked a supposed real-life photo of the OnePlus 7, without a notch and with an infinite screen.

Although this week all the attention of the media focuses on the flagship device of the South Korean giant Samsung, of course, the Galaxy S10 and its different versions as well as the Xiaomi Mi 9, it is quite likely that in just a few weeks the well-known Chinese flagship maker, of course, OnePlus wants to join the party and present its next flagship, of course, OnePlus 7, probably days after the presentation of the Huawei P30.

As today appears on the web a supposed real image of the OnPlus 7 that advances the possible design of the smartphone. However, we do not believe that the well-known Chinese smartphone manufacturer, OnePlus will launch its next phone, the OnePlus 7, in the MWC that is expected to take place on next Sunday, although the brand has announced that it will show a prototype of its first 5G smartphone, but, still we doubt that this will be the model that today has been leaked.

In fact, the design of the same forces us to distrust, as it has significant features like thick edges, especially when compared to the market trend. The image which is in question shows the supposed OnePlus 7 completely eliminating the notch from the top of the screen.

However, it should be remembered that the company, of course, OnePlus faces a difficult choice after embedding a notch on the OnePlus 6 and reducing it in favor of a notch in the form of a drop of water on the OnePlus 6T. But, the fact is that now the brand, of course, the well-known Chinese smartphone manufacturer wants to eliminate it completely. 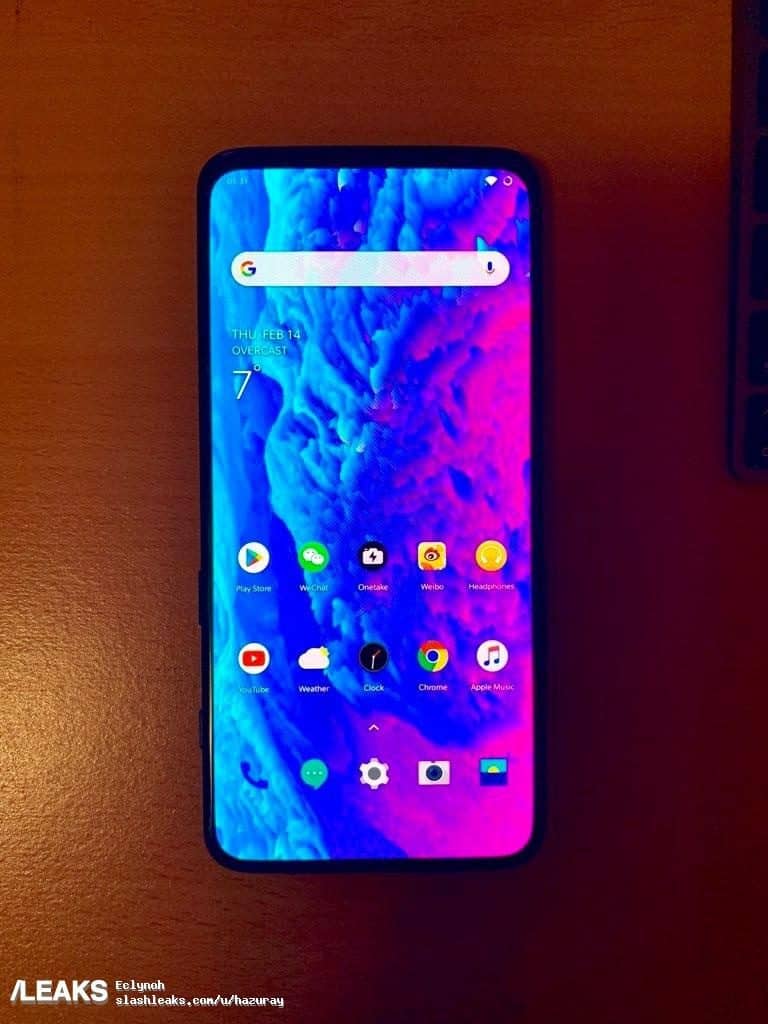 This new real image of the next flagship smartphone of OnePlus, of course, OnePlus 7 is radically different from the image that was filtered at the beginning of the year where we discovered a panel that extended to the same bezels of the device, advancing a relation between screen and body of more than 90% and hinting that the smartphone would hide the front camera in a pop-up module. Hence, for this reason, we can’t assure any leaked image as 100% real.

Also Read: How To Recover Or Restore Missing Recycle Bin Icon In Windows

As for the possible features of the OnePlus 7, it is likely that inside we will find a Qualcomm Snapdragon 855 processor, 8GB or 10GB of RAM, 256GB or 512GB of internal memory, a dual camera setup where the main sensor will be Sony’s famous Sony IMX 586 which is also available in the new flagship of the well-known Chinese smartphone manufacturer, Xiaomi. So, what do you think about this? Simply share all your views and thoughts in the comment section below.