According to the latest reports, the well-known and popular leakster website, of course, I am talking about none other than Slashleaks has leaked a supposed photo of the OnePlus 7, without a notch and with an infinite screen.

OnePlus 7 To Feature A Bezel-less Design With No NOTCH

The successor of OnePlus 6, of course, I am talking about none other than OnePlus 7 could be released with some big surprises. As we all know very well that last year the notch was the big trend among Android smartphones, but, now it seems that in 2019 it will be expelled in the premium range of smartphones, yes, it will be replaced by a tear, a hole, or a sliding camera.

However, now according to the latest reports, the well-known leakster website, of course, Slashleaks has leaked a supposed photo of the OnePlus 7, without notch and with an infinite screen. Then, where is the front camera? Yes, it is usual to ask this question once you see the picture of supposed OnePlus 7 mentioned below.

As we all know very well that there are already a few smartphones available in the market that simply incorporate a sliding camera on the front to eliminate the so-called notch. From the aforementioned, as for example, we can see this mechanism in Oppo Find X, Vivo Nex S and recently launched the all-new Xiaomi Mi MIX 3. 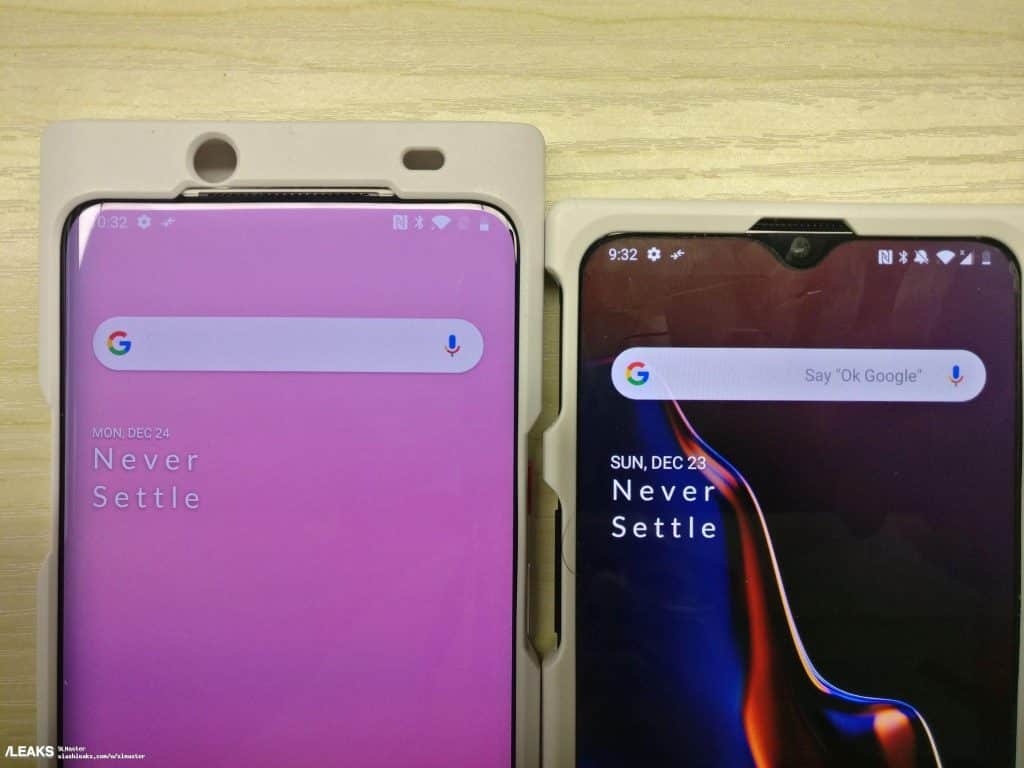 As we can clearly see in the above image that the supposed OnePlus 7 has no notch, not even the point or tear that includes newly launched smartphones simply to gain more display space. Then, where is the front camera of OnePlus 7?

Basically, the large bulge that can be seen in the upper frame simply reveals a possible sliding camera just like the flagship devices like Oppo Find X, Vivo Nex S and recently launched the all-new Xiaomi Mi MIX 3.

But, the fact is that all this does not stop being speculation since we do not know the reliability and authenticity of the image mentioned above. As the well-known leakster website, of course, Slashleaks has published some rumors that later have become reality, but with these things and leaks we can assure or confirm anything about the all-new OnePlus 7.

Apart from all these things, the well-known Chinese flagship maker, of course, OnePlus itself has confirmed that it will use the all-new Snapdragon 855 processor, like most of the high-end Android in 2019, and they are already working on a smartphone with 5G connectivity support. So, what do you think about this? Simply share all your views and thoughts in the comment section below.