Following the success of the OnePlus 5T, the Chinese brand is now getting ready to unveil its new smartphone. Yes, according to the latest reports, the well-known Chinese smartphone manufacturer, of course, OnePlus just confirmed the OnePlus 6 release date and specifications.

Following the success of the OnePlus 5T, the Chinese brand is now getting ready to unveil its new smartphone.

After sharing some data of its new smartphone, OnePlus 6 with its followers has now been announced the release date of OnePlus 6.

Following the success of OnePlus One, the Chinese brand has been able to maintain a strong bet on the smartphone market, with its models often highlighted and recognized.

Although not considered the best devices on the market, they are among the fastest on the market and those that offer the best cost/benefit.

Last year, this Chinese brand announced two smartphones, the OnePlus 5 and 5T, which in addition to the hype they generated, obtained a great acceptance in the market, leading to the company obtaining a record number of sales.

For this year, the bar is even higher and OnePlus has everything prepared to try to surprise its fans. Over the last few years, we have been getting to know some of the details, such as the notch, the crystal construction and the Qualcomm Snapdragon 845 processor, but it was missing the most important element, the release date. 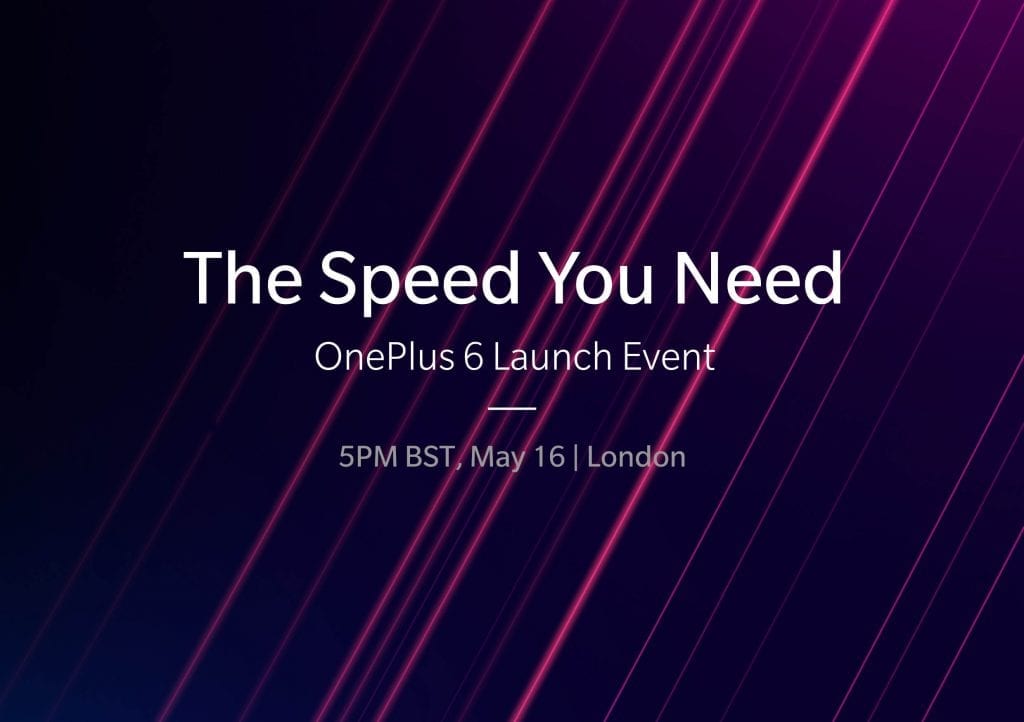 This latest information was dismantled today with the official announcement of the release date. The new OnePlus 6 will be presented on May 16 in London with the motto “The Speed you need”.

With a focus on performance, the new flagship of the Chinese brand is expected to bring a FullHD+ AMOLED screen with an 18:9 ratio and notch. The processor will be Snapdragon 845 and should be available with 6 or 8 GB of RAM and 64, 128 or 256 GB of internal storage.

OnePlus’ bet to fight the top market is almost here and with it, several announcements and some accessories must be announced to complement the experience of using this smartphone.