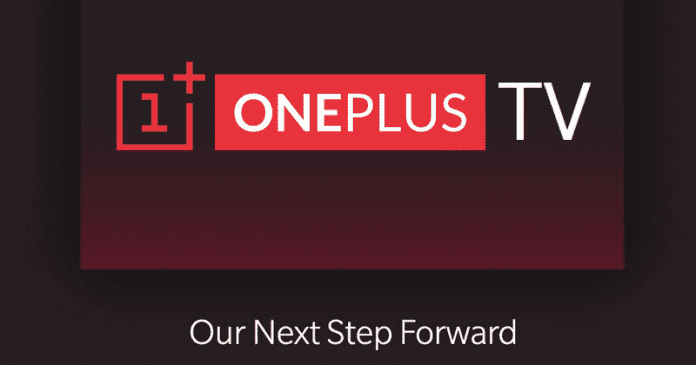 Contents show
SURPRISE! OnePlus To Launch Its First Smart TV
Specifications of this new OnePlus TV?
The first great product after the smartphone

In the last few years, the well-known Chinese smartphone manufacturer, OnePlus has managed to carve a niche among the manufacturers of smartphones based on devices with top-notch features at affordable prices.

But, now it seems that the smartphones are not the limit, yes, now according to the company itself, of course, the well-known smartphone manufacturer, OnePlus will enter the TV market soon with their own Smart TV.

Pete Lau, the CEO, and founder of the company will be in charge of leading this new OnePlus area. The idea is to enter the television industry to create balanced devices in hardware that improve the user experience, as indicated.

Latest technologies, integration with the smartphone, artificial intelligence, and a simple and functional design are the bets of the manufacturer for its new line of products. Although they have informed, that soon they will listen to the proposals and suggestions of the users about what should be included in their television.

“As other consumer electronics have evolved and improved our lives, televisions have remained conventional and cumbersome,” said Pete Lau in a press statement while announcing the new division. Moreover, the CEO and the founder of the well-known Chinese smartphone manufacturer, of course, OnePlus also added that “We bring inherent advantages to the industry, and with this new division, we’re excited to explore the total connected user experience that can enhance everyday life.”

Specifications of this new OnePlus TV?

At the moment there is nothing more official besides that they are working on it. Neither specifications, nor features, nor appearance, nor the release date. The logical thing would be to see something in the coming months, with a possible release during 2019, but nothing confirmed about it.

The first great product after the smartphone

Currently, the well-known Chinese smartphone manufacturer, of course, OnePlus has settled in the market of smartphones with its own line of phones, which improve generation after generation and follow a regular cycle.

It is true that OnePlus not only have manufactured smartphones so far, but the rest of the products are always directly related to them. Headphones, cases, backpacks, chargers everything has revolved around their smartphones.

Now it is an ideal time to experiment with other lines as the company sees. They indicate that televisions are a conventional consumer product and they seek to change this. A factor that allows them to compete with the other manufacturers? The price. The clearest example we have in Xiaomi with its Mi TV.