The well-known Chinese smartphone manufacturer is about to introduce a revamped version of one of today’s best Android smartphones. Yes, OnePlus just confirmed officially the launch event date of the latest flagship smartphone, of course, the OnePlus 5T.

OnePlus is about to introduce a revamped version of one of today’s best Android smartphones. The OnePlus 5T, which will incorporate a screen with reduced margins, has a submission date scheduled for November 16th.

The Chinese smartphone manufacturer OnePlus introduced in June the one that is still one of the best Android smartphones today, especially at the benchmark level. Betting on the strategy launched last year, OnePlus is about to launch an improved version of its flagship OnePlus 5T.

This new model bets on a screen with reduced margins and will be composed of different aesthetic changes. The hardware will also remain the same, and there may be slight variations in the chambers and the battery. The audio input per 3.5mm jack has already been confirmed.

On the rest of the hardware, OnePlus retains that which is already a winning combination. The processor remains the Snapdragon 845, the best for Android devices, the RAM will be 6 and 8 GB and the internal storage of 64 and 128 GB.

Earlier, some experts pointed to the release date for the end of the month, however, we will have news sooner, as OnePlus to launch its device as early as next November 16. 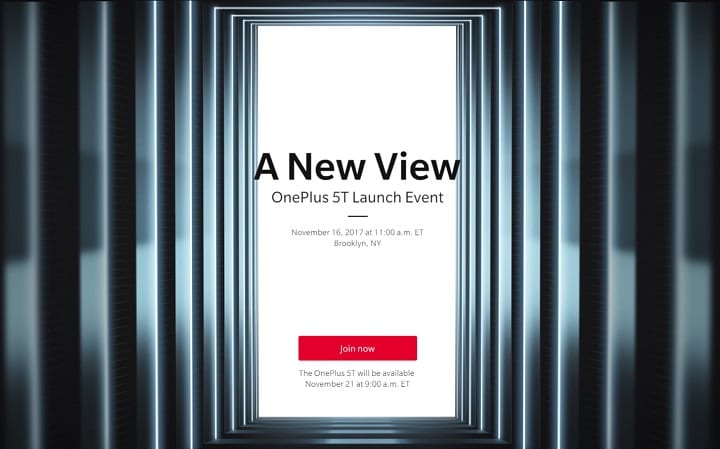 With the theme “A new view”, all the news will be unveiled on the 16th in Brooklyn, New York. If you want to follow the event, OnePlus has created a dedicated microsite for this launch, where you can also win a trip to attend the event.

Although the price of this new device is still unknown, several pieces of information have been circulating.

Following the price increase applied last year with OnePlus 3T, it is expected that the new model has a cost of ($550) for the 6/64 GB version and ($650) for the 8/128 GB version. With these prices OnePlus continues to approach the prices of the other top of the range, moving away from its past competitive prices.