OnePlus is gearing up to unveil new smart TV models this month. The company is all set to launch the OnePlus Y1s smart TV lineup on February 17 in India. Along with this, OnePlus will announce a new smartphone OnePlus Nord 2 CE 5G.

The smart TVs lineup has two models, the OnePlus Y1S and Y1S Edge. Already, a few of the major specifications have been teased by the company.

OnePlus has teased the launch of the upcoming TVs on its social media channels and e-commerce website Amazon. 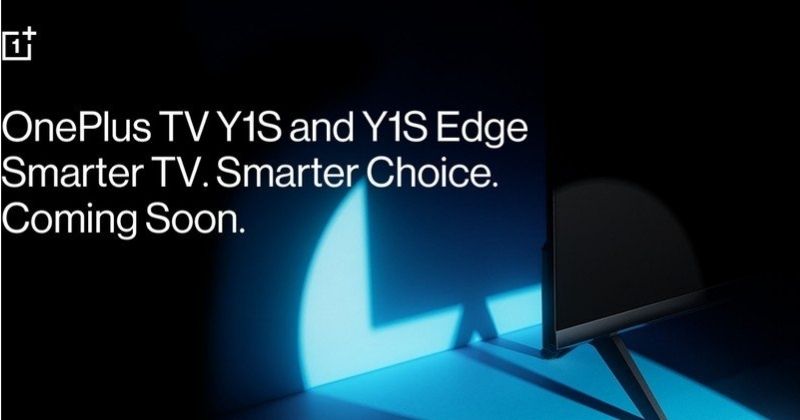 OnePlus TV Y1S and Y1S Edge could have 32-inch and 43-inch displays, respectively. It is expected to go on sale via online channels and later will be available in offline stores. The new smart TVs will run on Android 11 and are powered by Gamma Engine.

A tipster, Abhishek Yadav, posted a tweet with details about the upcoming smart TVs by OnePlus. According to him, there will be four new OnePlus smart TV models will be available in the new range.

OnePlus TV Y1S vanilla is expected to have 32-inch, and 43-inch displays said to go on sale online. And the OnePlus TV Y1S Edge will have the same size displays. However, this model will go on sale via offline stores only.

OnePlus smart TVs are tipped to run on Android TV 11 out of the box. All the models will have 1GB of RAM and 8GB internal storage.

According to the reports, the TVs could be powered by an MT9216 chipset with Mali-G31 MP2 GPU for graphics. It is said to have dual-band Wi-Fi for connectivity.

The Y1S models will have speakers with 20W output, and the Y1S Edge variants will have 24W output.

The TV is expected to have a controller with many hotkeys for streaming apps like Prime Video, Netflix, and Hotstar. The Google Assistant on the TV is located above the volume controls. The price of the OnePlus smart TVs is not yet announced.

OnePlus Y1S and Y1S edge smart TV will be unveiled at a press event on February 17 at 7 PM. The event might be live-streamed on the company’s official YouTube channel.