After a long time, OnePlus launched its smartphone in the US with an in-person event, and the flagship also featured in many headlines, but due to a YouTuber’s durability test on the phone, the company faced a little flinch.

And now, the company has finally responded to this durability test failure and provided a statement to Gadgets360. 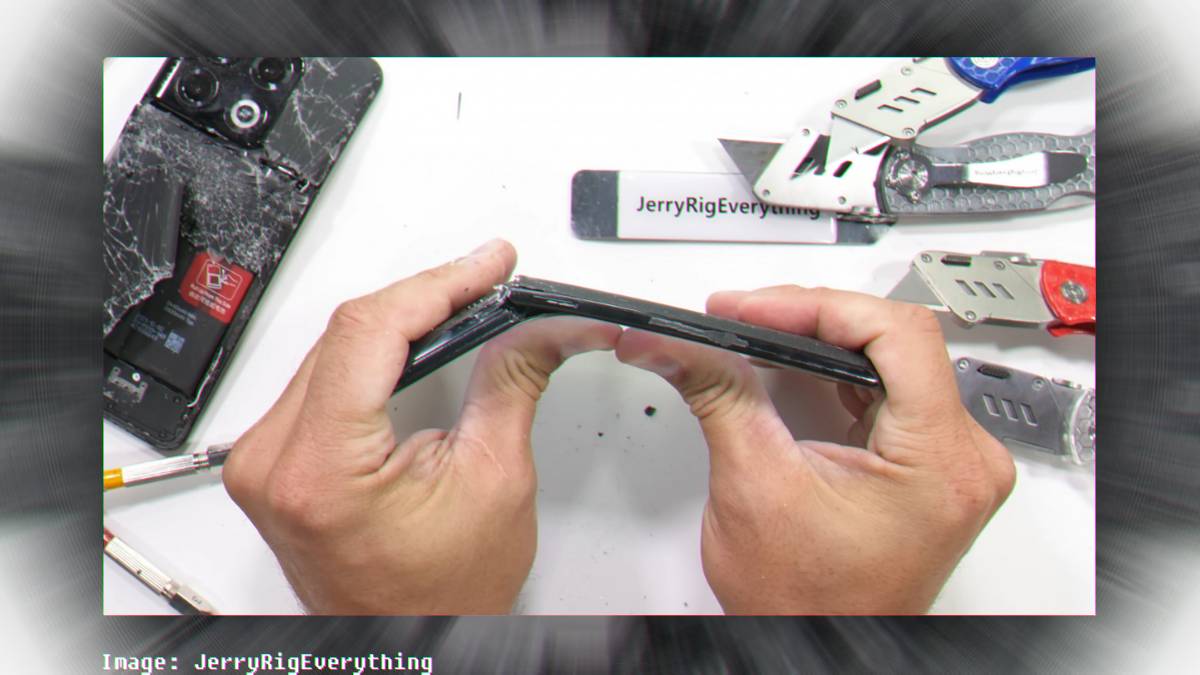 This all started by non-other than a famous YouTuber Zack Nelson, who partly breaks the latest smartphones for durability tests on his channel JerryRigEverything and checks how powerful the smartphone is.

In his video, Zack did some basic experiments with the OnePlus 10T, as he does in every video.

After that, he started applying force in the middle area, and in the first attempts, the smartphone broke from the camera bump.

On this failure, OnePlus explained that the OnePlus 10T already surpasses all the durability testing conducted by the company.

These tests also include a pressure test in which the smartphone faces weight on its center from both the front and back sides.

And it also said, “The OnePlus 10T has an enhanced structure engineering design and can bear over 45kg of external force in this test at the OnePlus’ lab.”

While this is not the first time that OnePlus’s smartphone failed in Zack’s durability test, the OnePlus 10 Pro also failed in the durability test, which you can see in the top left corner of the above image, but the company didn’t reply that time.

But in some discussions, we can say that OnePlus also has to take care of this issue and improve the durability of its upcoming smartphones, as it’s recently launched OnePlus 10T was found fragile for rugged activities.

And this might also change people’s thoughts about buying the OnePlus 10T.

Besides, the Chinese smartphone brand also counted on their statement that “they not only offer a design that is beautiful and burdenless but is also durable so they can withstand everyday usage”.