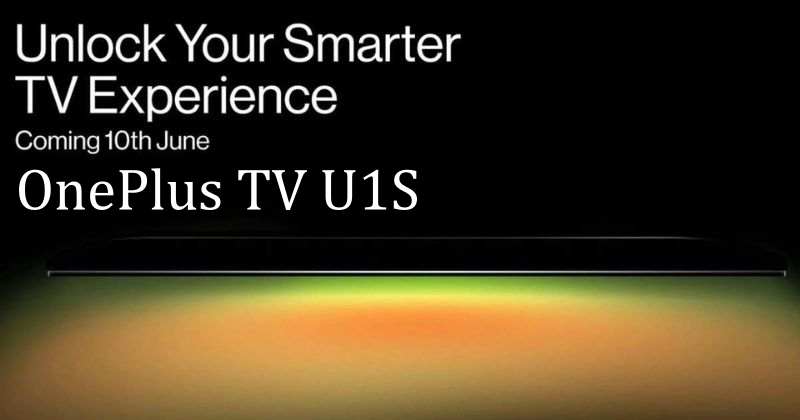 A new variant of the OnePlus TV is all set to launch in India on June 10. OnePlus TV U1S is scheduled to arrive this month along with OnePlus Nord CE 5G. However, the company has been dropping hints on what to expect.

The latest leaks of the OnePlus TV U1S have revealed few specifications ahead of launch. Earlier, the company has shared a timeline on its website that said, OnePlus TV U1S will go on sale first in India at the launch day for its Red Cable subscribers.

OnePlus TV U1S will have a Hands-Free Voice Control

A tipster named Abhishek Yadav has made speculations of the upcoming TV by OnePlus. He says the TV will be coming in three different variants in different sizes like 50-inch, 55-inch, and 65-inch options.

The top variant will have four speakers, from the three variants and the other two will have a dual-speaker system. All the models of the OnePlus TV U1S might come with Ultra-HD (4k) resolution and support for HDR10+ content. It will also have support for Google Assistant, Alexa, in-built Chromecast, Multicast, and OnePlay 2.0 with Live Channel.

It is also said that the company might use DLED panels with a refresh rate of 60Hz and the TVs can have 300nits brightness. All the models of the upcoming smart Tv will have a 30W Dolby Audio system. Apart from this, the other features include three HDMI ports, two USB ports, dual-band WiFi, Bluetooth, and NFC. There will be 2GB RAM and 16GB internal storage.

All these features are just speculated, as nothing is confirmed officially. Oneplus has only confirmed that the TV will have hands-free voice control operation, wireless audio support, and can be connected with the OnePlus Watch.

As we said, the TV will be available for sale on June 10 for all the Red Cable subscribers. Then for other users, soon it will go on sale on e-commerce sites like Amazon, and Flipkart. The listing on Amazon and Flipkart has highlighted that the TV U1S will be paired with OnePlus Buds, and the users can control the TV via their smartwatch. Moreover, you can cast images and other files on TV by connecting up to two smartphones.