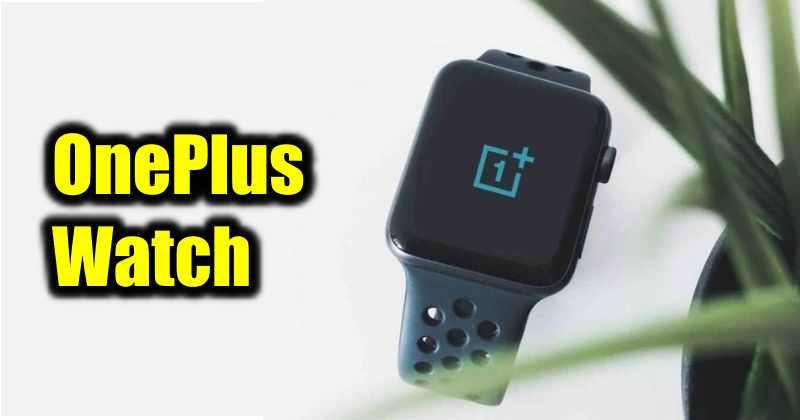 Finally, the OnePlus Watch will be announced on 23rd March along with the OnePlus 9 series. The company has posted a Tweet that the smartwatch will likely launch at the launch event. It is a big announcement from OnePlus as the smartwatch was expected to come a long time ago since 2015.

This year, OnePlus has launched an OnePlus Band, which is the first wearable device from the company. For the past couple of years, the company has teased a smartwatch, but it mainly focused on the smartphone lineup. Last year in October, the first teaser of the smartwatch was released and said it will be coming soon in the market.

OnePlus CEO Pete Lau confirmed in December that the watch will be announced in early 2021. So, now the time has come as the latest tweet confirmed the OnePlus Watch making its first debut on March 23.

You asked for it. You're getting it.

Both the models have received the Bureau of Indian Standards (BIS) so it is expected to come soon in India. It is said, the OnePlus watch will run on Wear OS.

The product has only got the launch date i.e, March 23, no other details are announced. Apart from this, OnePlus already has products like neckband-style earphones, TWS wireless earbuds, a backpack, a fitness band, and Smart TVs.

On the 23rd March event, the company is all set to launch the OnePlus 9 Series of smartphones. The launch event is at 7:30 PM IST (10:00 AM EDT). Even the promotional video is shared that shows the quad rear camera setup.