Well, if we look around, we will find that almost everyone now holds an Android smartphone. It’s not that other operating system for smartphones doesn’t exist, but compared to others, Android provides users with far more features and customization options. It’s worth to note that Android is an open-source operating system, so the app availability is also high on the platform.

Just take a brief look at the Google Play Store, you will find apps for every different purpose. The Google Play Store is divided into different app categories like launcher apps, productivity apps, etc. On average, Android users install almost 40-50 apps on their smartphones.

Well, installing apps on Android is an easy process, but managing them could be a troublesome task. So, deal with the issues of app management, we have brought an impressive trick. In this article, we will be discussing how to organize apps in folders on Android’s App drawer.

How To Organize Apps In Folders On Android’s App Drawer

Step 1. First of all, download & install Microsoft Launcher on your Android smartphone from this link.

Step 2. Once installed, open the app, and you will see a screen like below. You need to tap on the ‘Get Started’ button located at the bottom of the screen.

Step 3. Now the launcher would ask you to grant few permissions. Make sure to grant all the much-needed permissions.

Step 5. Now you would be asked to sign in with Microsoft. You can use your Microsoft account or tap on the ‘I Don’t have an account’ button. You can also select the ‘Skip’ option to skip the log in process.

Step 7. Now you will see the main interface of Microsoft Launcher.

Step 8. To group apps into folders on the App drawer, simply long-press on the apps and select the option ‘Select Multiple’

Step 9. Now select the apps that you want to put into the folder.

Step 10. After selecting the apps, tap on the ‘Folder’ icon located at the top right corner.

Step 11. Now you will see the app folder.

Step 12. To customize the new folder, long press on it and then select the option ‘Folder Option’. From there, you can select folder shape, name, etc.

That’s it; you are done! This is how you can organize apps in folders on Android’s App drawer.

So, this article is all about how to organize apps in folders on Android’s App drawer. I hope this article helped you! Share it with your friends also. If you have any doubts related to this, let us know in the comment box below. 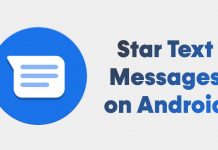 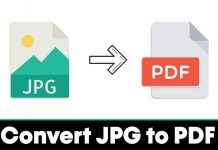 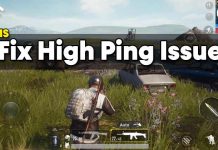