There are two ways of playing Playstation games on PC, one is using the Remote Play app and the other one is using PS3 and PS4 emulators. If you don’t want to use any of this method then you can use PS Now on the PC app to play all Ps2, PS3, and PS4 games.

So let’s get started and see the methods.

Before we see the steps to play PS4 games, first let us check the system requirements.

For PC or Mac, System Requirements are:

Note: While connecting to the controller, make sure your Mac or PC and PS4 both are on the same network.

Method 2: Use PS Now on PC app official by Sony

Download PS Now app on your pc and start playing games of PS3, and PS4.

If you don’t have PS4, but want to play games of it then you don’t need to worry. You can play PS3, PS4 games by PlayStation Network account and you need a controller. With this, you can stream PS Now game collection to your PC.

Apart from these two methods, there is one another method which lets you to play PS3, PS4 games. You can use Emulators of it and play games on PC.

You must PS3 and PS4 emulators for Windows and Mac. Check out the emulators which you can use.

PS3 Emulator for Windows and Mac.

It is the best way to play PS3 video games on PC. So, first check out the requirements:

There are some other PS3 emulators available which are:

PS4 Emulators for Windows 10 and macOS

It is one of the best PS4 emulator. It runs on both MacOS and Windows 10. These are the system requirements to use it to play PS4 games.

So, these are the few steps which might help you to play PS3 and PS4 games on your PC. We hope this article was helpful to you. 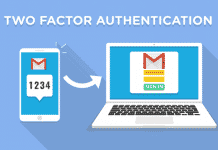 How To Turn On 2-Step Verification For Google Gmail

How To Boost And Increase Your Internet Speed Upto 20% 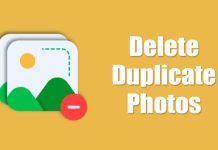 How to Merge Duplicate Photos on iPhone (iOS 16)