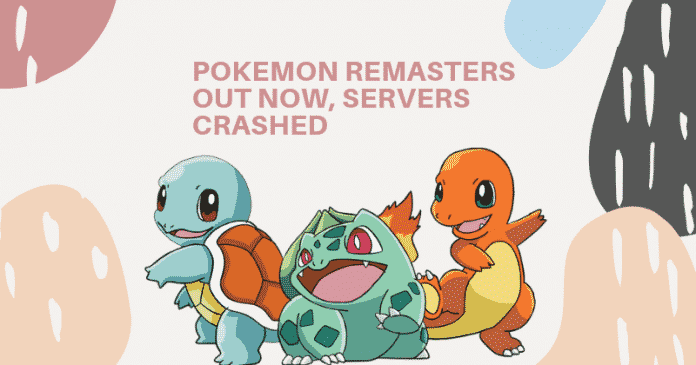 Pokemon masters is an iOS and Android game that is based on Pokemon battles. The game was announced in June and was finally released today, a day early before its official release date.

We know that there are a lot of Pokemon fans around the world, maybe the developers had no idea about the number of users who will show interest; therefore, the servers were overloaded and crashed.

The game was supposed to release tomorrow but has been rolled out today for iOS and of course, Android devices. The game has crossed 100,000+ downloads within the few hours of its release which clearly shows that Pokemon fans were eagerly waiting for the release of Pokemon masters the mobile game.

Both iOS and Android users are currently facing issues playing the game, and the error says, “Please check your connection and try again.” But this is not a matter of worry as developers will surely resolve the issue as soon as possible.

pokemon masters is so much fun pic.twitter.com/O57JEw5my3

If you don’t know, Pokemon masters is the name of a Pokemon tournament which takes place in a different region. Mostly trainers from the previous game, Pokemon Go, have populated the game. The trainers in the game represent characters from Pokemon red and blue, Brock, Misty, Lance, and Blue, aka Gary Oak.

Pokemon Masters is the first of two big mobile games DeNA and Nintendo will deliver before the end of the year. Mario Kart Tour, it was announced this week, will hit your iPhones and Androids on Sept. 25.

The game is developed by Dena, which is occupied by The Pokemon company. The game is available in two languages, English and Japanese. The game is of around 117 MB on play store, and an additional file is of approximately 300 MB.