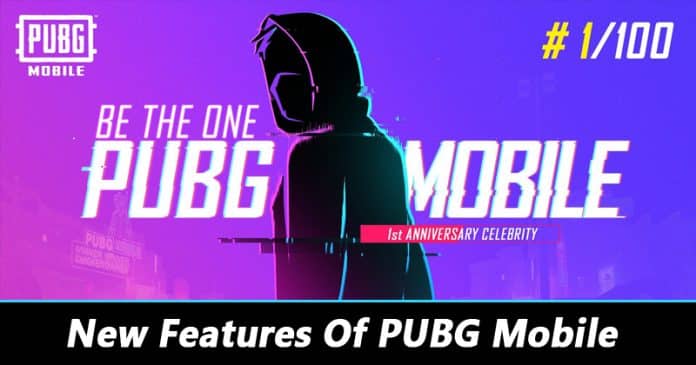 The developers of PUBG Mobile have issued an in-game notice that mentioned every feature of the upcoming updates. So, in case if you have missed the noticed, we have shared everything that the next season will bring.

If we take a brief look at the Android gaming section, we will find that PUBG Mobile has completely dominated the entire gaming section. Not just Android, but PUBG is also one of the top grossed game on other platforms as well. It’s a battle royale game in which you will be dropped with 99 other players in an open island. So, the ultimate goal of the player here is to survive until the very end.

The reason why PUBG Mobile is massively popular amongst Android users is that it regularly pushes updates in which it adds new features to improve the gameplay. The previous month, PUBG Mobile has launched an all-new Zombie mode which is pretty much addictive.

Right now players are also enjoying the fifth season of the game which started on January 21 along with the anniversary update. The reason why we are talking about PUBG Mobile updates is that the fifth season ended yesterday and Season 6 has started.

PUBG Mobile Season 6 Is Here! Check Out The New Features

The developers of PUBG Mobile have issued an in-game notice that mentioned every feature of the upcoming updates. So, in case if you have missed the noticed, we have shared everything that the next season will bring. The update is of around 247 MB, and it includes new weapons, avatars, missions, etc.

Apart from that, the upcoming season update will also introduce a new vehicle known as Tukshai. Tukshai is a three-wheeler which is exclusive to Sanhok map, and it will replace the Jeep, Dacia, and Minibus. What’s more interesting is that the Official notice also claimed that the update would include two new subscription plans – Prime and Prime Plus.

Both of the subscription plans will provide users free UC, RP Points, and up to 80% discounts on crates. Other than that, dynamic weather has also been added to the Erangel and Miramar Map. So, now you can enjoy rain on both of the maps. Developers have also improved the gameplay of the zombie mode as well.

With the upcoming update, Zombies would get weaker with time and players can kill them quickly. Not just that, but several hiding spots have also been added to the zombie mode where zombies can’t enter even at night. Another thing is that, as a part of Anniversary celebration, there would be a bunch of ‘birthday surprises’ as well. Birthday surprises include spawned cakes, birthday party on the spawn island, players can collect birthday crate to redeem rewards, etc.

These are the new features that you will get with the upcoming season 6 update. So, what do you think about this? Let us know your opinion on the comment box below.