If we look nearby, we will discover that almost everyone is now playing PUBG Mobile on their Android or iOs devices. For those who don’t know, PUBG Mobile is one of the top-rated battle royale games on the Google Play Store. In this game, you will be dropped with 99 other players on an open island. The player’s ultimate goal in PUBG Mobile is to survive until the end while killing others.

The gameplay is quite addictive, and the visuals are just amazing. PUBG Mobile is the top-grossed game on the Google Play Store. Well, if you have been playing PUBG regularly, you will know that the game has recently received Season 6 Update. The season 6 update brings a new season with new rewards, objectives, etc. Not just that, but the Season 6 update also brings Dynamic weather to Miramar & Erangel and a new vehicle to the Sanhok Map.

The new update is interesting, but another update is around the corner. The PUBG Mobile 0.12.0 update is now available in beta and brings a wide range of new features. The latest update is still in beta and is expected to release globally soon. So, in this article, we have decided to share some of the new features of the upcoming PUBG Mobile update.

The new update to the PUBG Mobile will replace the Zombie ‘Event Mode’ with ‘Mugen Space/Infinity’. Not just that, but there’s also a new mode called ‘Darkest Night’. In the darkest night mode, players need to fight the zombie wave and survive for the night. So, the players who will make it to the Dawn will win the game. 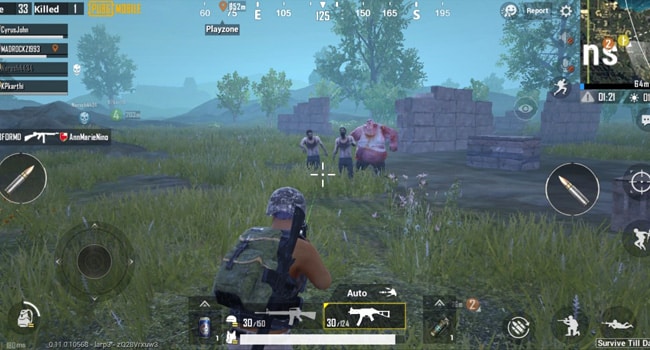 The Majority of the improvements have been made in the zombie mode department. For example, zombies are now more intelligent and can now climb walls and low roofs. Not just that, but zombies can jump directly as well. Another exciting addition to the zombie mode is the zombie dogs which will attack players during the match.

New Feature: MugenSpace/Infinity. Replaces Event mode. Survive Till Dawn is now under Expansion. More new ways will be added in the future. Here’s the Official Patch Note Of the upcoming update:

New Infinity Mode: Darkest Night. Stay alive for one night while fighting zombies. All teams that are still alive at Dawn will win.

New Feature: Companion System. Take a Companion into battle. Earn Comcannotg them into action and level them up to unlock Companion emotes. Enemies cannot see them, so there is no exposure risk.

Recently, PUBG Mobile also introduced the new Prime and Prime Plus subscriptions in which users can earn daily UC daily. Not just that, but the Prime membership plans also allow users to use BP (Battle Points) to purchase gaming equipment. So, these are the upcoming features of PUBG Mobile 0.12.0 update.