The all-new Vikendi Map forces us to adopt and apply new strategies to tackle the snowy weather. Since it’s a snow map, the players are easily spottable. So, there are a few things that you need to consider before playing the game. Below, we have shared a few best PUBG Mobile tips and tricks to survive in Vikendi Map.

If you are a die-hard PUBG Mobile fan, you might have already downloaded the Vikendi map. The all-new Vikendi Map was released on December 20, and the matchmaking for the map went live the next day. Vikendi is a snow map that is a little different compared to the other Game maps.

The all-new Vikendi Map forces to adopt and apply new strategies to tackle the snowy weather. You will enjoy the game on Vikendi Map, but it can also be tough. Since it’s a snow map, the players are easily spottable. So, there are a few things that you need to consider before playing the game. 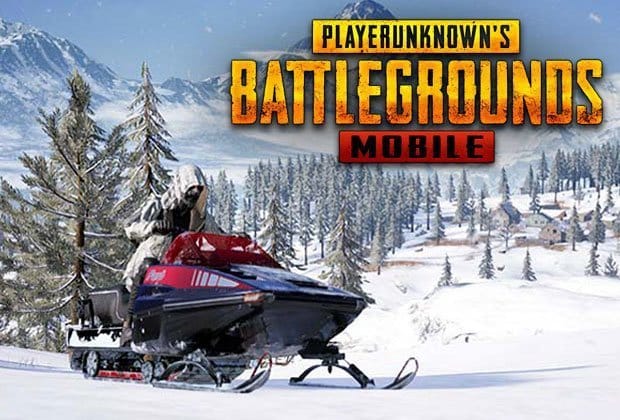 PUBG claims that Vikendi offers very less place to hide. But, it’s not entirely true. There are plenty of hiding places which you can use for your own benefit. Places like Hot Springs, Villa, has lots of buildings which can be used to take cover. Not just that, but these places are full of loots too. Still, there’s decidedly less place to hide compared to the other maps.

Well, trees on Vikendi are much thicker compared to Erangel, Sanhok. So, utilize the trees to hide. You can easily cover yourself behind the trees and rocks. There’s not much hiding place in the game, especially on the last few circles, you get to settle with the trees and rocks to get cover. So, make sure to look for the trees next time when you play a match on Vikendi.

Yes, you leave a footprint on the snow while moving around. Any Professional player can easily find your location by tracing down the footprint. So, avoid walking in the snow for a long time. The footprint goes away, but it takes much longer time to fade compared to the other surfaces. You can also use the same thing to detect enemies.

Since the map is covered with snow, wearing a lighter color like white shirt can make things difficult for the enemies to spot you. Alternatively, you can also wear a darker color to hide behind the blacks (Trees, rocks) on the map. Still, we suggest you wear white clothes while playing on Vikendi to make things harder for your enemies to spot you.

6) Don’t use Snowmobile on the roads 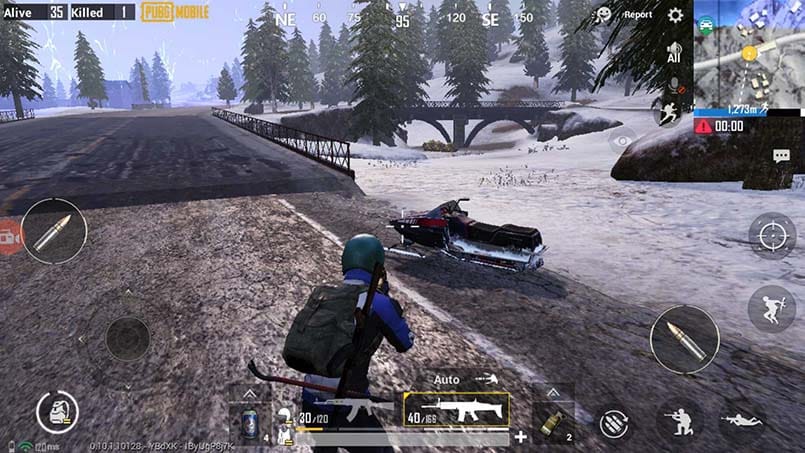 Snowmobile is a new vehicle that has been introduced on the Vikendi Map. It’s fast, and it can be ridden in both snow surface and on the regular road. However, Snowmobiles makes lots of noise when ridden on the normal roads, and that noise can grab enemies’ attention. So, while riding Snowmobile, make sure you drive it on the snow and avoid the normal roads.

8) There are three islands in Vikendi 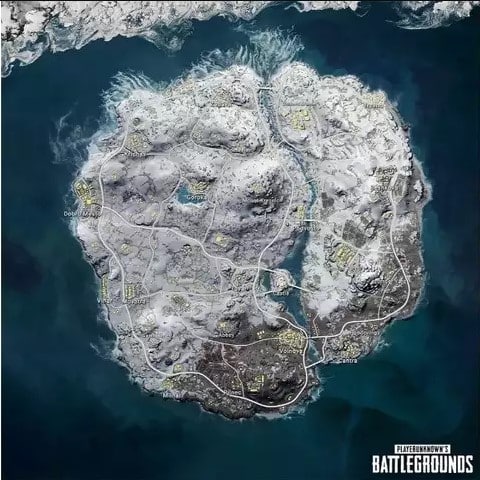 Yes, you read that right! There are three islands in Vikendi. Things become difficult while chasing the circle because you can run while crossing the river, you can only dive and change direction. What worst is that you can’t even run while crossing the rivers. So, if you find that the circle is mainly over one island, then head to it as quick as possible to avoid getting killed outside of the zone.

So, these are the eight best PUBG Mobile Vikendi tips and tricks which you can use while playing the game. If you have any other suggestion, then drop it in the comment box below.