We all know very well that the well-known PlayerUnknown Battle Ground, of course, PUBG Mobile has become an increasingly widespread phenomenon in mobile devices, while apart from PUBG Mobile, at the same time Fortnite is also winning the battle in consoles against PUBG. However, now according to the latest reports, after six seasons, now we are simply waiting for season 7 of the game, which is now finally confirmed by the PUBG mobile itself with lots of improvements and new features.

PlayerUnknown Battle Ground, of course, PUBG Mobile has become an increasingly widespread phenomenon in mobile devices, while apart from PUBG Mobile, at the same time Fortnite is also winning the battle in consoles against PUBG.

However, after the news of being banned in some well-known regions, we are currently on the verge of the beginning of season 7 of the PUBG Mobile. As recently, PUBG Mobile itself has officially announced the release of Update 0.12.5 which will simply bring to users the most awaited season of the PUBG Mobile, of course, the Season 7 Battle Pass.

Hence, now after these six seasons, we are simply waiting for season 7 of the game, which is now finally confirmed by the PUBG mobile itself.

PUBG Mobile which is massively popular in both the well-known platforms, of course, iOS and Android, has celebrated Battle Royale of PlayerUnknown’s Battlegrounds for a new record of active players, which has now just overcome the barrier of 100 million monthly active users, all without counting the Chinese market, where the app was recently withdrawn. 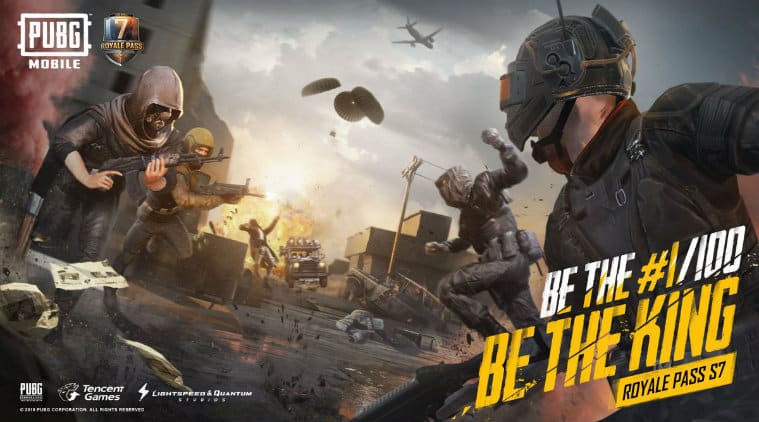 To celebrate such a striking number of active users, its managers have presented a new content update that is already available on both the well-known platforms, iOS, and Android. This is the new update 0.12.5 that simply brings with it great news as a new game system and the beginning of season 7 of PUBG Mobile.

New weapons: The all-new Skorpion single-fire and semi-automatic pistol arrive with up to five slots for accessories and 9mm bullets.

Rare Skins: With this New update now the players will be able to customize their avatars with three new exclusive parachutes, new clothing and new paint colors for the plane and much more.

Gameplay improvements: New adjustments and corrections have been done, and the new updates also include the new subscription adjustments, a new BP category tab, and, of course, audio improvements were also done by the development team.

Extra server: A new server for the Middle East opens with much lower latency, hence, as a result, this new server will offer reduced lag.

Moreover, apart from all these things, the well-known battle royale game, of course, PUBG Mobile also receives a new boost in eSports, for which we should simply thank the PUBG Mobile Club Open 2019 with more than 2.5 million dollars in prizes together with the manufacturer Vivo, of course, it is a well-known Chinese smartphone manufacturer. The first finals will be held in Berlin next July and already have more than 35000 teams registered.