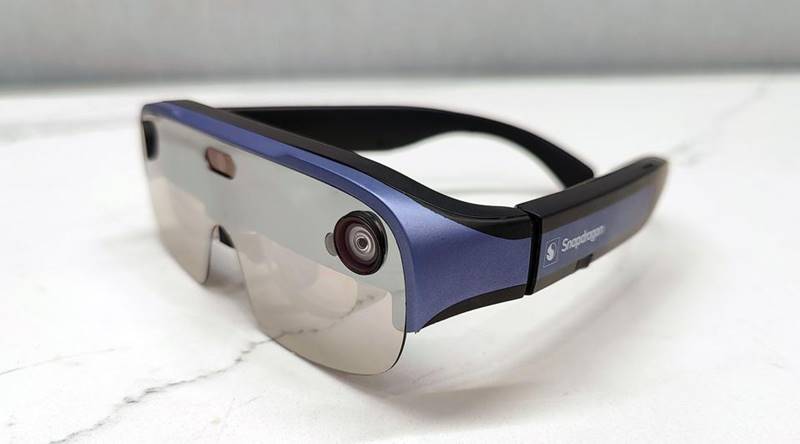 Qualcomm launched new wireless Augmented Reality viewer glasses at its Snapdragon launch event in China. It includes functionality such as lightweight & thinner and OLED displays with a 90hz refresh rate.

The company has also unveiled its powerful brand new Snapdragon 8 Plus Gen 1 and Snapdragon 7 Gen 1 chipsets for smartphones at the same event.

In 2018, Qualcomm introduced its first platform for AR and VR headsets named XR1 platform, and with continuity, it goes for climbs and now comes up with new hardware & software for innovative viewer technology. 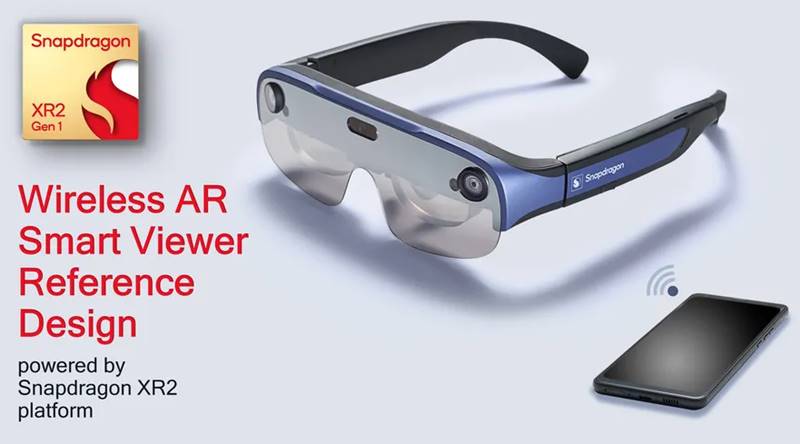 The Snapdragon XR2 platform powers Qualcomm’s latest Wireless AR Glasses; as we heard earlier, the company is associating with tech aces Microsoft to produce its next-gen chip for the future’s Smart Viewer.

This Wireless AR Smart Viewer equips a concerned design for comfortability, as the company said this new AR hardware is developed by Goertek, which is also a China-based company. 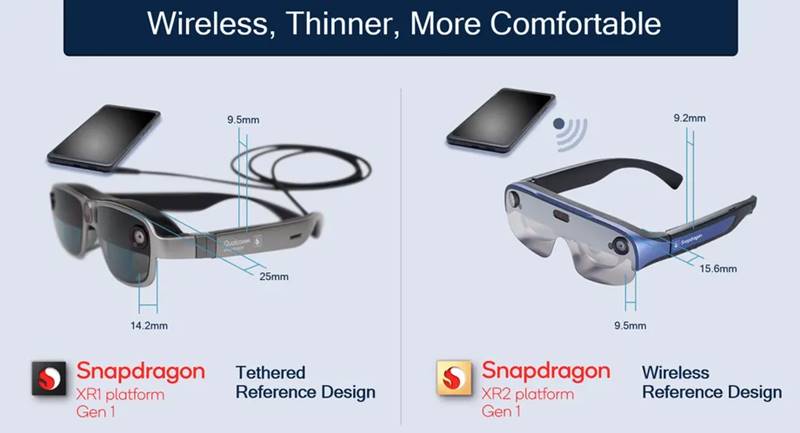 These wireless AR glasses reach a 40% thinner design than the previous design because heavy glasses can also lead to headaches. According to Qualcomm, this is not a complete final design. That’s only to unveil its new Wireless AR Smart Viewer concern design for its OEMs partners.

The consideration design of the Wireless AR Smart Viewer includes dual micro-OLED binocular displays with a pair-up to the resolution of 1920 x 1080p per eye, and up to 90Hz frame rates are supported.

The glasses retain dual monochrome cameras and another RGB camera that allows head-tracking at six degrees of freedom (6DoF). There is also a hand tracking capability that can easily recognize your gestures.

The new wireless Augmented Reality viewer glasses will be expansively available in the coming months, and their design changes depending on OEMs.