We all know very well that the well-known American giant Qualcomm is one of the leading manufacturers of processors, and responsible for the Snapdragon SoCs that equips the main Android brands. And now according to the latest reports, the well-known American giant chip manufacturer, of course, Qualcomm officially introduced its new Snapdragon 670 SoC.

The well-known American giant Qualcomm is one of the leading manufacturers of processors, being responsible for the Snapdragon SoCs that equips the main Android brands.

But, apart from this common thing we all know very well that for many years, the giant chip manufacturer Qualcomm has maintained four rows of its mobile processors – 200, 400, 600 and 800 – present from basic cell phones to expensive smartphones.

But, later sometime ago the giant chip manufacturer Qualcomm also announced the new line of its processor, the Snapdragon 700, which offers some premium features without charging so expensive for this. This includes artificial intelligence processing and camera enhancements, performance and power consumption.

In addition, they will be accompanied by Qualcomm Spectra, an image signal processor (ISP) for better photos “at night, in slow motion or with the help of the AI.”

However, now it is preparing the new generation of chips, as the well-known American giant chip manufacturer, of course, Qualcomm has now launched the Snapdragon 670 for the mid-range.

As nowadays we see a significant evolution of the processors for smartphones, which are increasingly capable of processing a large number of information.

Although the well-known Chinese chip manufacturer, of course, MediaTek has divested in this area, competition continues to exist between Qualcomm, Samsung, and Huawei for Android devices.

In the high segment, Qualcomm continues to dominate, although it sees the Huawei Kirin approaching quickly. Already in the middle segment, Huawei is now one of the strongest brands, a position also shared by its processors. 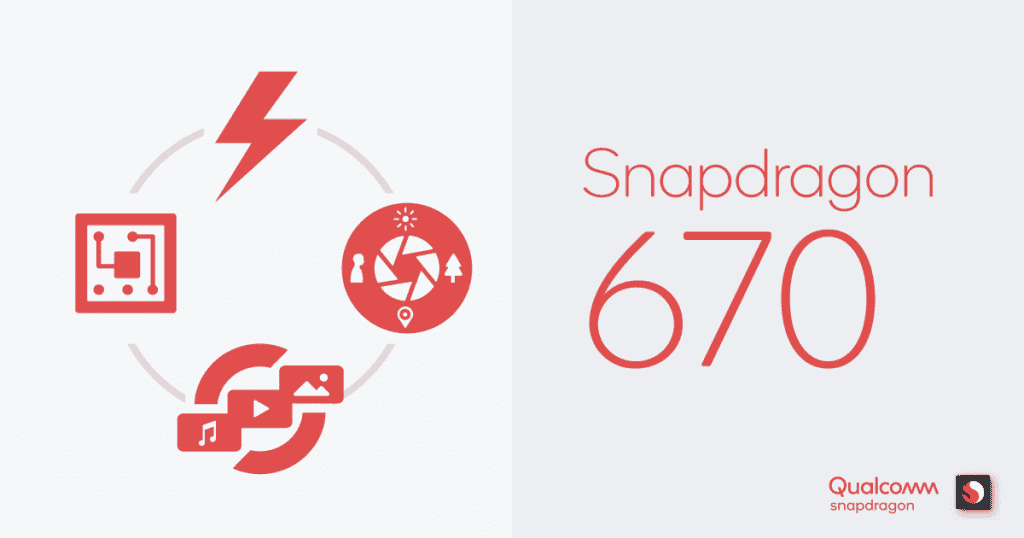 Compared to the Qualcomm 710, this new processor maintains the construction in 10nm and Kryo 360 cores but slows the clock speed to 2.0 GHz.

At the GPU level, it comes equipped with an Adreno 615, with support for “only” Full HD+. Also includes a powerful artificial intelligence engine. 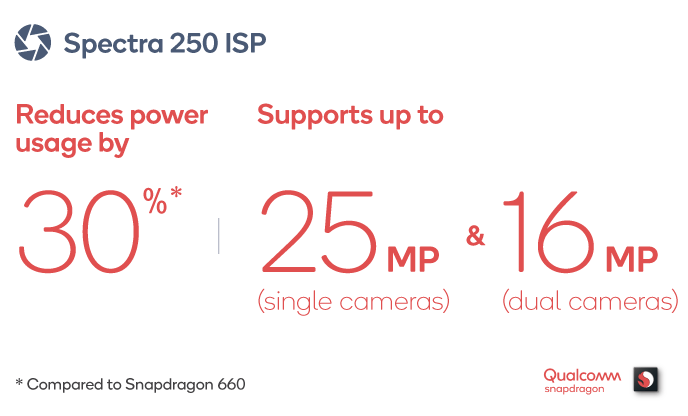 At the photography level, it has the same DSP and ISP, Hexagon 685 and Spectra 250 respectively, which allows it to support single cameras of 25 MP or double of 16 MP.

The modem is slower, having included an X12 LTE with download speeds of 600 Mbps and upload of 150 Mbps, hence, it is being also supported Dual SIM Dual VoLTE and Quick Charge 4.x.

Moreover, this new processor, of course, the Qualcomm Snapdragon 670 should soon be on the market and must be first equipped with the OPPO R17, the upcoming smartphone of the well-known Chinese smartphone manufacturer Oppo.