The first details about the upcoming Samsung Galaxy Note 9 have already begun to emerge to the surface, and they do so with increasing frequency, despite the fact that its presentation is still far away. On this occasion, GeekBench has registered the passage of a model detected as Samsung SM-N960U. A reference that takes us automatically after the track of the flagship device of Samsung and the model has left traces of some of its characteristics. 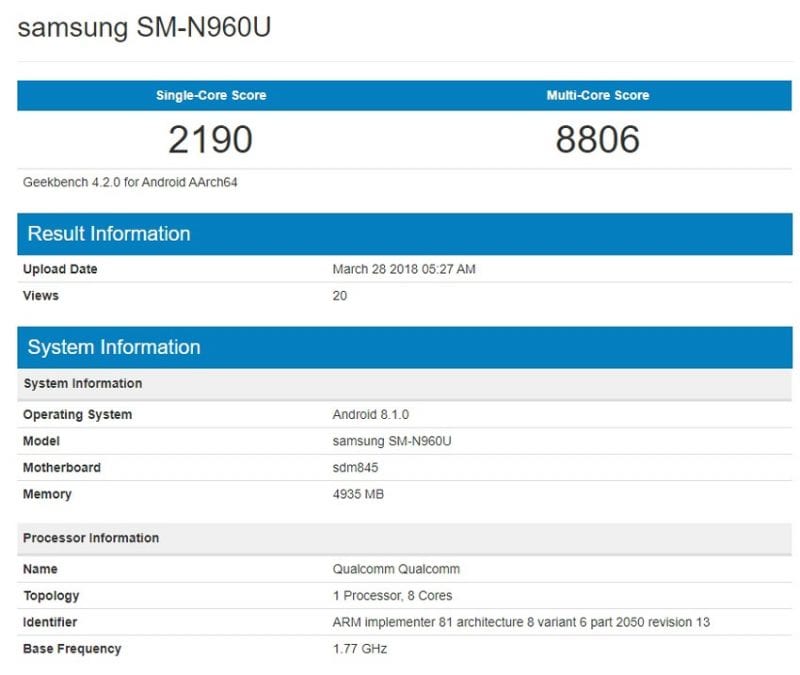 In regards to the interesting information recorded, GeekBench mainly shows that the Samsung Galaxy Note 9 has been caught red-handed with Android 8.1 Oreo. The truth is that it is a logical characteristic if we bear in mind that the model will not be presented, supposedly, even within a few months.

Similarly, the Note 9 tab in GeekBench refers to the processor and RAM. In this sense, it is not a surprise either, since we are talking about the North American model, which will be available with Qualcomm Snapdragon 845 SoC.

With regard to RAM, the performance test makes clear that the South Korean giant Samsung would bet again on the configuration of 6 GB of RAM, something that we saw in the Note 8 and the Samsung Galaxy S9+ itself.