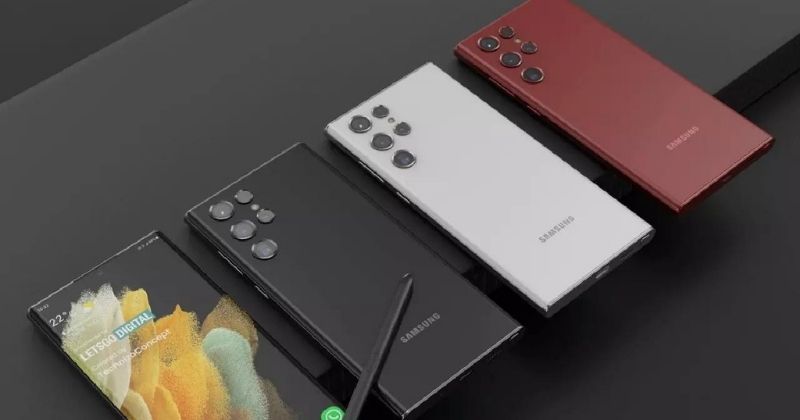 Samsung is rumored to launch its upcoming S22 series in February. However, ahead of the official launch, a video has been leaked showing off designs of three models.

Though, Samsung has not even confirmed yet that it will launch Samsung Galaxy S22 Series in February. Apart from this video, a tipster has leaked a few specifications of Galaxy 22 and Galaxy S22 Ultra models.

This is not the first time the video has been leaked online. Earlier, a Twitter leaker OnLeaks has posted a similar video.

A popular YouTube channel named Unbox Therapy has posted a video that shows the design of the Samsung Galaxy S22 series. The video is not available on the channel now, but other channels have reuploaded it.

The video shows the dummy units of vanilla Galaxy S22 and Galaxy S22+. It features triple rear camera units that are arranged on the top left side of the back.

On the other side, a tipster named Zaryab Khan(@xeetechcare) has posted a tweet showing the specifications of Galaxy S22 and Galaxy S22 Ultra. Both the smartphones will have a “Super Clear Lens.”

There will be different color options like Burgundy, Green, Phantom Black, and Phantom White for S22 Ultra. It might also have an in-built slot for an S Pen stylus. The main camera includes a 108MP wide camera with a super clear lens and an f/1.8 aperture. The front camera is of 40MP sensor with an f/2.2 aperture.

According to the leaked details, the storage options will be up to 12GB RAM and 512GB storage. Also, it will have a 5000 mAh battery.

Samsung has not yet announced the launch of the smartphones, but the new series is expected to debut in February.