We all know very well about the “Notch”, yes, notch is well-known for the tech giant Apple’s flagship smartphone, of course, the iPhone X and the well-known smartphone of the Essential, the company which is owned by the father of Android, of course, Andy Rubin, and I am talking about the Essential Phone. However, now according to the latest reports, the South Korean giant Samsung’s patent application shows a Galaxy smartphone with “Notch”.

Contents show
Samsung Galaxy S9 To Copy iPhone X
A Samsung mobile phone with “notch”? the firm has shuffled it

For those who still do not know what is the “notch” that is already available in the market but it is very rare in smartphones, this is the black notch that gains ground on the screen of the iPhone X at the top. Well, a patent before the smartphone of the tech giant Apple already showed something similar for a Samsung mobile.

Notch, it has also been cast in the design of another mobile that could be presented in just over a month, as is the Huawei P20, which has been allowed to see with a screen design similar to the iPhone X.

A Samsung mobile phone with “notch”? the firm has shuffled it

As we all know that, all manufacturers usually present patents assiduously in the corresponding offices, something that does not mean at all that they are going to become reality, but there they are if at any given time it is necessary to pull their design. And that is precisely what the South Korean giant, of course, Samsung has done with the patent presented on July 3, 2017, at WIPO, where it showed a Samsung mobile where its screen was once again the protagonist and that’s because the design of this is even more infinite than the Samsung Galaxy S8 or Note 8. 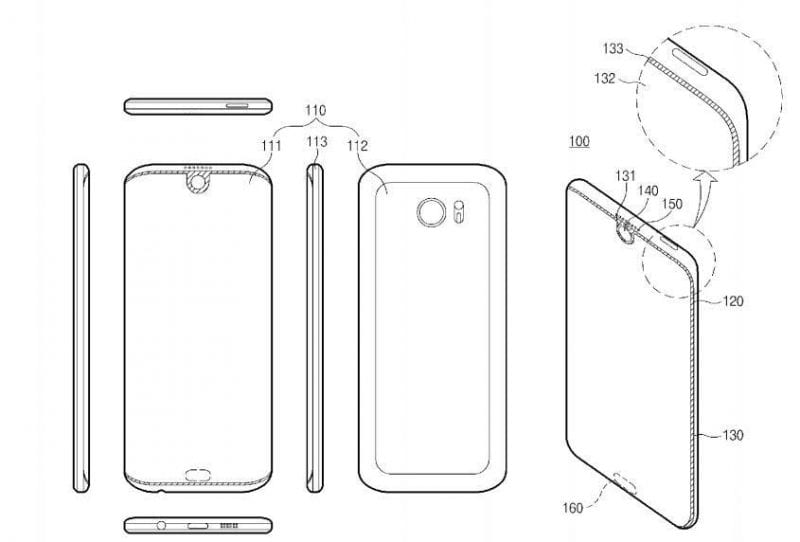 Some have dared to suggest that this is the possible design of the Samsung Galaxy Note 9, but it is certainly something we doubt. As you can see the design of the screen of this Samsung mobile is quite similar to the Essential Phone, more than the iPhone X, and as you can see, the design draws attention to this “notch”, in this case round, and not rectangular as in the case of the iPhone X. Actually, it is two different designs, one of them shows the notch, on the upper side of the screen, and another centred on it. In both cases, this notch belongs to the camera. 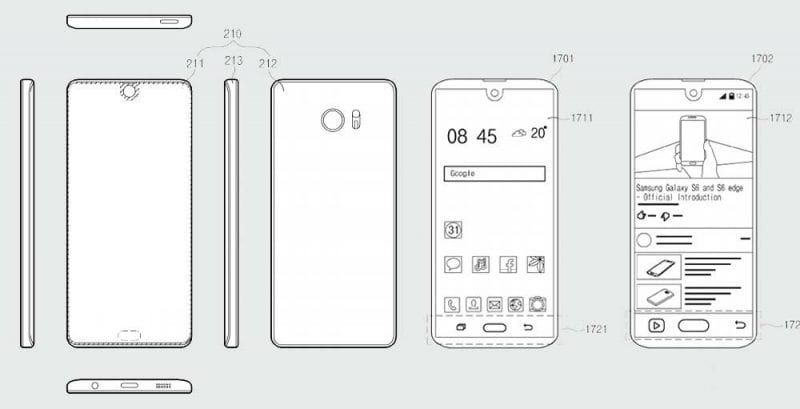 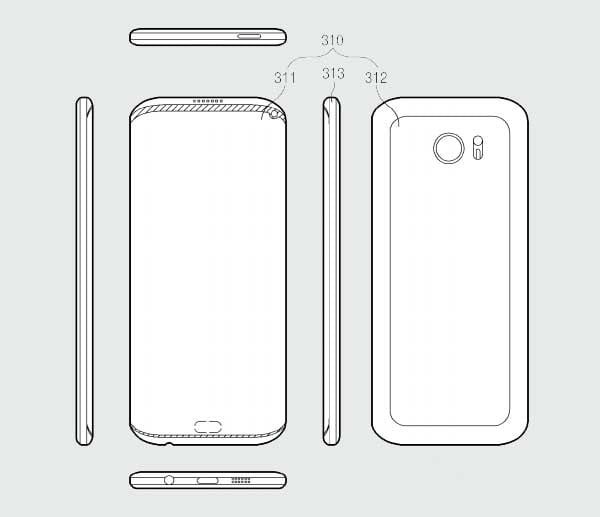 As we say in reality after seeing this patent gives the feeling of being in front of an Essential Phone or similar device like this. As you can see in general, the design of the terminal is far from what we are accustomed to the Korean firm.

It is very unlikely that we will see something like that come true in the range of the firm, but it is certainly something to be taken into account. As you know, the “notch” of the tech giant Apple’s iPhone X, although very characteristic of its design, has been criticized for how impractical it is in day-to-day use.

So, what do you think about this new patent of the South Korean giant Samsung? Simply share all your views and thoughts in the comment section below.