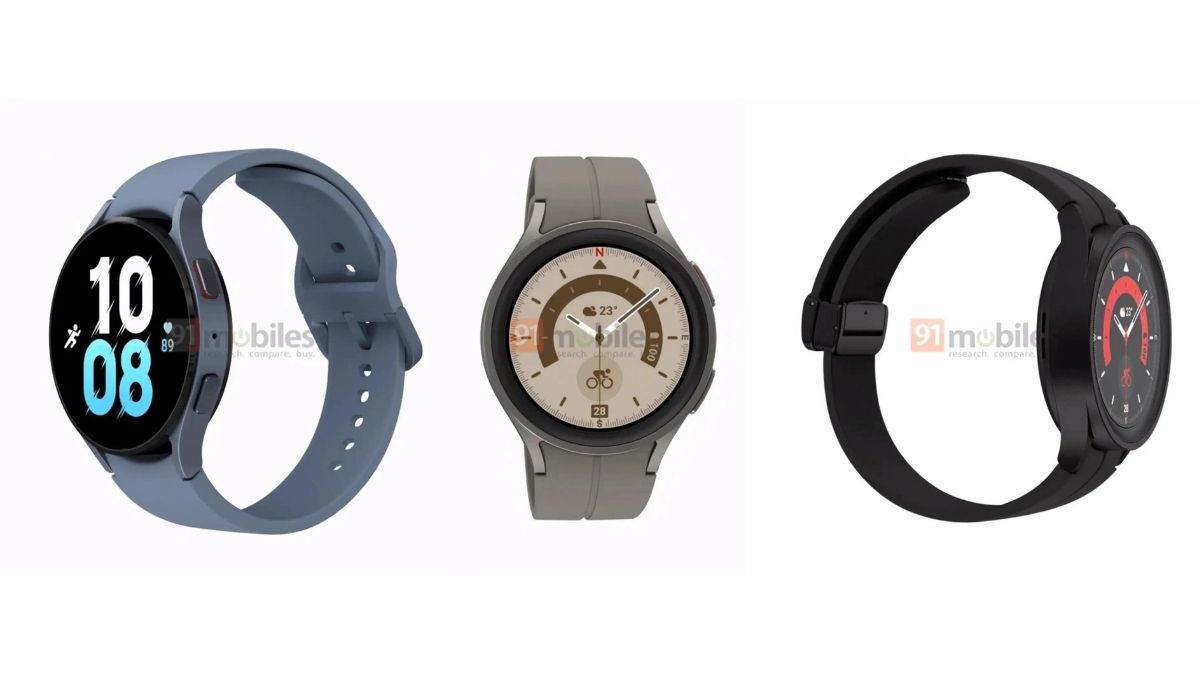 Samsung Galaxy Watch 5 Series is the news for a long time. Many renders have leaked earlier, showing the price, size, colors, and more. The latest leak suggests the series will have two models Galaxy Watch 5 and Watch 5 Pro.

The rumored wearable is said to come in multiple variants and colors. Recently, the smartwatch was spotted on the BIS database showing there will be six models in the series.

Galaxy Watch 5 Series is expected to launch at the Galaxy Unpacked event, which is said to be held next month.

The reports about the leak come exclusively from 91Mobiles. It says Galaxy Watch 5 and Watch 5 Pro models will have two physical buttons.

Samsung Galaxy Watch 5 Pro model will be more formal and will have higher prices than the other model. It might have a codename “Project X” and might come in either Black or Grey Titanium color.

The other model Galaxy Watch 5, is said to have the codename “Heart,” which is similar to last year’s Galaxy Watch 4. This model might ship in LTE or Bluetooth variants in two different sizes. Both size models will run on wearOS 3.5 skin based on One UI Watch 4.5.

According to 91mobiles, the next-gen Galaxy Watches are 3D turntable, and high-resolution.

Both the wearables are using Sapphire Crystal and not Gorilla Glass DX. Other specifications include GPS and 5ATM water resistance.

With Smartwatches, other products are set to launch next month at an event. The refreshed Pro earbuds are also expected to launch along with the latest Flip and Fold foldable flagships.